First, my apologies on being late with publishing An Amish Autumn. I’m hoping that it’s up and ready for all of my Facebook Family and Eager Readers by later today or tomorrow. Since this is a self-published book, the editing is on my shoulders and the last thing I want to publish is something that is not polished and shiny. Most of you know how I feel about grammar, punctuation, and plain old typos.

Second, let’s talk about the delay…

The last time I was delayed with a book was two years ago. Do you remember? Plain Again was due out for release and it just didn’t make it in time. At first I was flattered because so many people were eager to find out what was happening with Amanda and Alejandro. My readers had fallen in love with my favorite couple, just as I had. 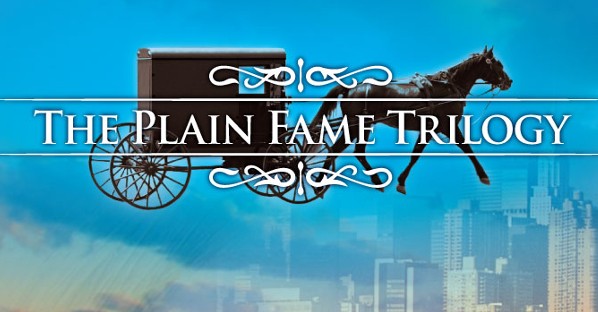 Unfortunately, I soon realized that some readers were getting upset. That was when I had to confide about my personal life and the reasons behind the delay: breast cancer.

Soooooooooo, I find myself in a similar situation and, after much deliberation and a lot of talking to God, I realized that I should just share what is going on in my life so that people understand that the delay in An Amish Autumn (and possibly with An Amish Winter) are not because I’m sitting around a pool with an iced coffee in my hand—although that does sound scrumdilicious.

In a few hours, I will be going for a spinal tap. I’ve had MRIs and EEGs and abnormal results are indicating that there is something just not quite right going on in my old thinking cap. I can’t say that it’s dusty up there…I sure do use it a lot. Hopefully it’s nothing. As Susan Conceicao said to me the other day, “Hopefully the abnormal results are just the parts of your brain that are fired up for writing!”

She always has some great one-liners to make me laugh.

Later tonight, I have a sleep study and toward the end of the week, my second MRI.

The few people that know have been very supportive and caring. But, as I told Lisa Bull last night, I’m not worried. It could be nothing, or it could be something. There is little that I can say or do to change the outcome from a medical prognosis. Of course I pray for it to be faulty equipment or dust on the lens, but I’m also OK with whatever comes my way.

Now faith is being sure of what we hope for and certain of what we do not see.

Caleb wrote that to Drusilla in An Amish Spring. It’s an appropriate quote for me to remember today. That’s what faith is, right? I have faith in God’s plan, no matter what it is! God led me to it and He will lead me through it. No sense in crying over yucky stuff. That’s how I approached cancer. If something else is thrown my way, I’m going to use the same Pink Umbrella philosophy.

Anyway, you might not see too much of me on Facebook or social media for a day or two. And if An Amish Autumn and An Amish Winter take a few extra days (or even a week) to appear on amazon.com, at least now you know it’s not because I’m slacking.