So, tomorrow is the big day.

For those of you have who have been following me, you will know that this weekend is the Youth Mustang Challenge in Massachusetts and that means that my daughter, Cat, is performing with her two-year-old mustang, Comancheria or Monche for short.

It’s been a long 90 days that started with Cat and me driving four+ hours to pick up a baby mustang who had never been touched by humans. Needless to say, it was a daunting ride home after seeing Monche bucking and trying to crawl out of the corral into the truck.

When we arrived back at the farm, the horse was petrified, so scared that we could not touch her at all.

The next day, Cat spent over fourteen hours just sitting in a round pen, talking to Monche. At some point, Monche was exhausted from running away from Cat and laid down, putting her head in Cat’s lap.

The battle was won and Cat became the Alpha Mare in Monche’s life. 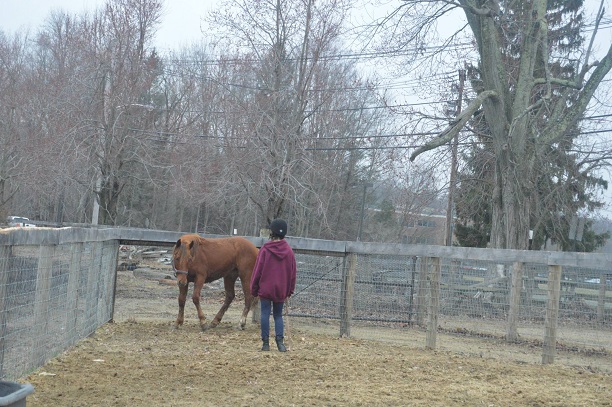 I have to brag a little. I am so proud of this little girl. She was twelve-years-old when we adopted Monche and she began training her. Today, she is thirteen going on thirty. She knows what it is like to have responsibility to another of God’s creatures. This young lady went every single day to the barn to be with this horse. She has worked with Monche through thick and thin, rain and sunshine. I don’t know many other children who would give up every single day of their life for over three months to train a horse. I also do not know many other parents who would invest over $5000 to have their daughter train a mustang with no help. 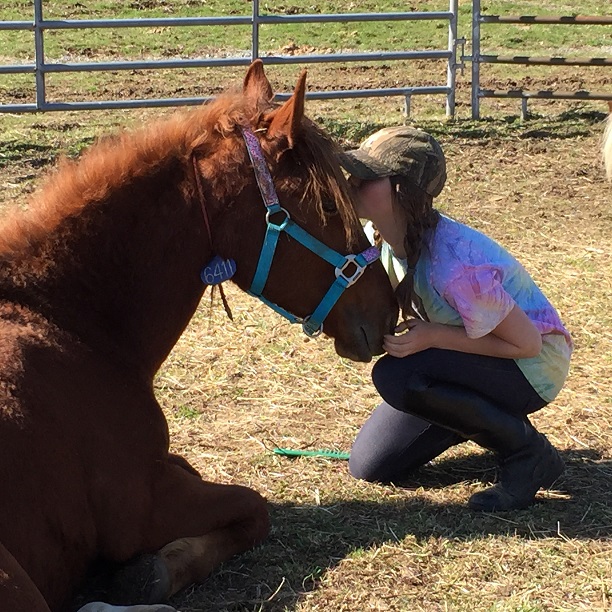 Tomorrow, Cat will enter the ring and perform her choreographed routine with Monche, a routine that I worked out with her and to which I give full credit to my family at the Fred Astaire Dance Studio in Morristown. They taught me how to create and teach my daughter how to do a choreographed routine for her horse. Without them, this day would NOT.BE.POSSIBLE.

To my daughter, I want her to know how proud I am of the amount of time, love, tears, and strength that she had put into developing this horse…a horse that was running wild until it was caught and then living in a holding pen with no human interaction. She deserves this time, this single moment when the spotlight is on her and her horse. A moment that she has worked so hard to attain. It doesn’t matter how she places in the competition or how well Monche does. They are both winners in my eyes.

This thirteen-year-old girl has done more in 90-days than most people do in a lifetime. Her drive for taming this horse has trumped everything. She has succeeded where other people have failed, but her intention was not do that. Instead, her heart was on one…and only one…thing: creating a bond with a horse that would have, otherwise, lived its life in a holding pen on the Bureau of Land Management’s facility in Nebraska. 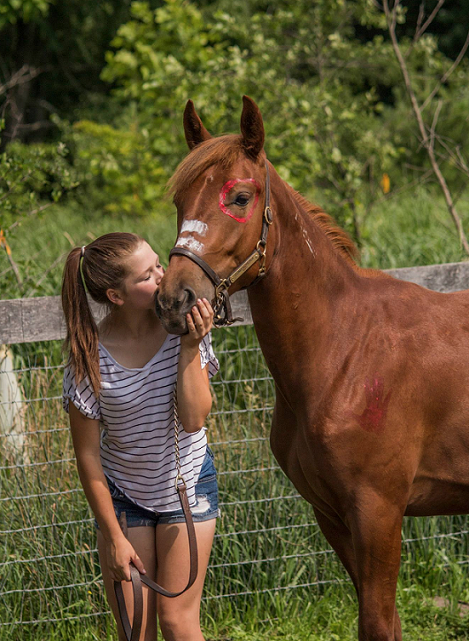 How many of us can claim to have experienced such an amazing relationship in our lives?

Here’s to Cat and Monche! May the Rainmaker smile upon you both during your performance and may the people watching be touched by the forever bond you have created with each other.