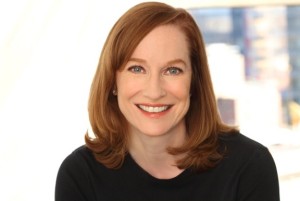 Hi Teri! Thank you for joining us. Why don’t you start off by introducing yourself?

Hi Sarah! My pleasure! Thanks so much for having me! What a treat! Teri Clark Linden here, coming to you from Yellow Springs, Ohio!

Before we dive into the serious stuff, I noticed you ride horses and love animals! How many pets and what are their names? Photos? 😀 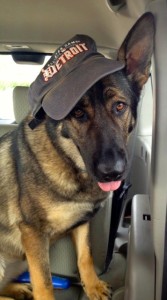 Yes! I do love animals and ride horses, and though I don’t have any pet horses I feel at times as though my female German Shepherd, Gerty, could certainly be counted as one for all her trotting around in my home! She is kept company by 2 cats named Sophie and Mrs. Peepers and 1 Beta Fish, Fred. Including myself, husband and son I lovingly keep 7 beings alive and well!

How did you start doing voice-overs and audio books?

I began performing radio commercial voice-overs through my talent agents in Chicago, which developed into corporate training industrial video narration and promotional voice-over, mostly in Detroit. I was volunteer narrating for Assistive Media, an Ann Arbor, MI based website for the blind and was asked by company founder if I would record an audiobook. I narrated about three or four for Assistive Media and inevitably ended up narrating several for Brilliance Audio, and then Audible.

OK, next question….What is the funniest part about providing the voice for a book? What is the hardest part?

What a great question! Actually, after giving this some thought I think the funniest part about providing my voice for a book is actually the hardest as well! Let me explain: I narrated a book once where the setting was Scotland and during one scene I voiced a conversation between 5 or so Scottish Senior Citizen men! So it’s quite funny to think of a mid-40’s American woman providing the voice of a bunch of old Scotsmen, but there you have it. It’s also the most difficult, not just for the obvious gender and accent voice work, but in that it has to be done subtly and not taking away from the story, or else the scene becomes cartoon animation instead of supporting the author’s story along.

I know that my moods definitely impact what I’m writing. I imagine the same holds true for recording the audio. How do you deal with that?

I can’t really think of where my moods got in the way of my narrating, other than to put in in the perspective of something happening in life that I need to table because I need to be present at work and get the job done, which is really no different than situations I’ve faced at previous jobs…I’m specifically thinking about when my granddad passed away and I drove back to MI from OH to trade mutual funds on clients accounts on Monday and then drove back to OH for the funeral Tuesday. Mostly, it’s my general health – my throat in particular that needs to stay healthy otherwise as you can imagine it affects my vocal performance and energy narrating.

Oooooo, what happens if you don’t like a particular character? For example, several of my readers have already contacted me how they were so angry with Rosanna’s husband in An Empty Cup. They felt such negative vibes coming from him. Does that impact your recording? How do you remain impartial to a character that irritates or annoys you?

I can’t recall not liking a particular character, but can recall feeling awkward in sessions with male engineers and directors while narrating heavy romance scenes in some of the romantic genre fiction I’ve narrated, like Nora Roberts and Debbie Macomber. I’ve just had to remember to be completely professional and just say the words – though it’s hard not to laugh and lose it when after stumbling on a sentence the engineer pipes in from the booth into my headphones telling me to, “…pick it up from, ‘touched her’…” or something like that!

A lot of my readers are always asking for more audio books. I noticed you have your own Whisper Home Recording Studio. I imagine you have also seen an increase in demand for recordings. What would you say to someone who has never tried an audio book?

That’s really great that your readers are enthusiastic for more audio books. I have seen an increase in demand for audio books, especially over the past 3 years. I know one of my regular audio book publishing clients just upped their recording studios from 4 to 10 over the past couple of years. When I was first hired by Audible it was to fulfill their need to outsource a lot of material and I think I narrated a little over 50 books for them in around 40 weeks, which was the impetus for me getting my home studio.

You can speak in a lot of dialects/accents! How do you learn to pick them up?

I have always had a musical ear so to speak for dialects and accents and mimicking and learning them has come easily. I first had formal training at University – just basics like Standard British, Cockney, Irish and Southern – and covering some key vowel and consonant sounds and changes from North American, and have continued studying with who I call my Voice-Over Talent/Teacher guru in LA, Pat Fraley. What’s really great about new media is there is a plethora of information available on websites and apps to get authentic accents – for instance, I made friends with a recording studio owner in Dublin when I was just in Ireland last week and he has a local talent casting website full of Irish Talent’s demos, many of whose descriptions include the counties in Ireland they are from (see, there is no such thing as “Standard” British or Irish as the dialect – just like in the States – changes every 10 miles or so it seems!) I’m always learning! The challenge in audio books is not to “die trying” and end up sounding like Pepe Le Pew vs. offering a flavor of a dialect to enhance the scene!

I have to say my favorite part in narrating An Empty Cup was being immersed in the PA Dutch Amish world – twice as I read every book twice I narrate; first for research and second when narrating! Also, it’s always the best when I do some work I can share in the car or at home with my 9 1/2 year-old son!

Thank you so much for popping over to my blog, Teri. I hope you’ll visit again and tell us about some of your other exciting projects.

Thank you so much, Sarah! Please call on me again any time and good luck with the release party for An Empty Cup! 🙂

Who would like to win an audio book of An Empty Cup? One lucky reader will! To enter leave a comment for Teri. It’s that easy! Giveaway starts today,Wednesday, April 15th and ends on Wednesday, April 22nd. Good Luck!!

Teri Clark Linden is an American Actress, Audiobook Narrator, Wife, Mom & Human (not necessarily in order!) She has been directed by J. J. Abrams in the film SUPER 8 and acted in the Tom Cruise film JACK REACHER. Teri has narrated over 80 audio books, most of which can be found on Amazon or Audible.  She lives in Yellow Springs, Ohio with 1 husband, 1 son, 1 dog, 2 cats and a fish named Fred the Red. More about Teri can be found on her website at www.tericlarklinden.com, social media Instagram tclarkvomama, Twitter @tericlarkvo, @myidiotmom (#myidiotmom) & Facebook Teri Clark Linden.

9 thoughts on “Wednesday’s Wanderer: The Brilliance Behind Audio Books”