Quakers and Slavery and Abolition by Lyn Cote

I don’t know if you realize it or not, but the Amish are just one of the several sects of “Plain People” in the US. The others are the Mennonites (Amish are a branch of this faith), Shakers, Amana, Hutterites, and Quakers. I am fascinated by this last sect which is just as old as the Amish. If you’re unacquainted with the Quakers, rent the old Gary Cooper film, “Friendly Persuasion,” or the older film John Wayne’s, “The Angel and the Badman.” Both excellent films which portray the Quakers, or members of the Society of Friends. They are most noted for their use of “Thee” and “Thy.” They are also pacifists and were at the forefront of social reform in the 18th and 19th centuries.

Recently on my “Strong Women, Brave Stories” blog, I featured videos on Mrs. Elizabeth Fry, an early English reformer, concerned with the plight of women in English prison. Here’s a link if you’re interested in what she managed to do. (Quite a lot actually!)

My upcoming September book, Honor,  is the first in my “Quaker Brides” series and my heroine, named Honor, becomes involved at the very beginning of  the Underground Railroad. I put up a board on Pinterest about Quakers and Slavery and Abolition. Here it is–if you’re interested. I also put up a board featuring the Underground Railroad use of Quilts as a code to guide the runaway slaves. You can view that HERE.

In September three authors will join me on my blog discussing these different Plain People, stop by! 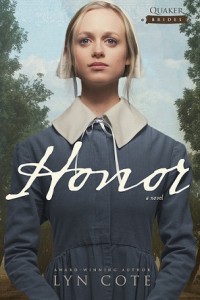 When unexpected circumstances leave Honor Penworthy destitute after the death of her grandfather, she is forced to leave her Maryland plantation—and the slaves she hoped to free—and seek refuge with a distant relative. With no marketable skills, her survival hinges on a marriage arranged through the Quaker community to local glass artisan Samuel Cathwell. Samuel is drawn to Honor, but he has been unwilling to open his heart to anyone since scarlet fever took his hearing as a child.

A move west brings the promise of a fresh start, but nothing in Honor’s genteel upbringing has prepared her for the rigors of frontier life with Samuel. Nevertheless, her tenacity and passion sweep her into important winds of change, and she becomes increasingly—though secretly—involved in the Underground Railroad. Samuel suspects Honor is hiding something, but will uncovering the truth confirm his worst fears or truly bring them together as man and wife?

Set against the backdrop of dramatic and pivotal moments in American history, the Quaker Brides series chronicles the lives of three brave heroines, fighting to uphold their principles of freedom while navigating the terrain of faith, family, and the heart. 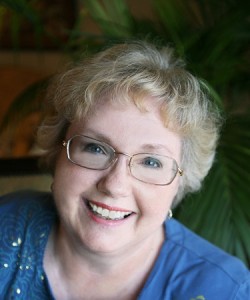