Dubiosity: The state of being doubtful. 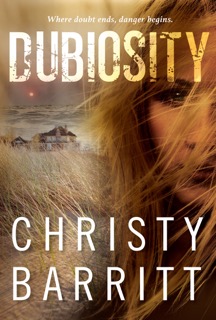 I think that sums up the entire book pretty nicely! The book is about Savannah Harris, a woman who struggles with doubt—doubt about God, doubt about the intentions of the people around her, doubt about her own abilities. When migrant workers go missing from the town where she lives, something stirs inside her and she taps into her skills as an investigative journalist. She’s confronted with conspiracy theories, secret societies, and hidden agendas.

I actually started writing Dubiosity about five years ago. I was working for my local newspaper at the time, and I’d interviewed someone who worked with migrant workers on the Eastern Shore. Over and over again, God kept bringing me in contact with people who had connections with the same places and people. I also read a news story that inspired the other part of the story. I’d tell you what the news story was about, but I’d give away my book’s ending. 🙂

This book is different than my other books in a couple of ways. In the past I’ve always written either first person mysteries or romantic suspense. This book is more of a suspense with a little romance thrown in. At times it might be scary. But it’s hopeful. It’s always hopeful.

I hope everyone enjoys Dubiosity. Thanks so much for taking the time to feature me here! 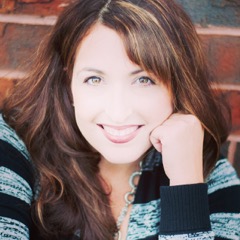 Christy writes both mystery and romantic suspense novels that are clean with underlying messages of faith. Her books have won the Daphne du Maurier Award for Excellence in Suspense and Mystery, have been twice nominated for the Romantic Times’ Reviewers’ Choice Award, and have finaled for both a Carol Award and Foreword Magazine’s Book of the Year.

She’s married to her Prince Charming, a man who thinks she’s hilarious–but only when she’s not trying to be. Christy’s a self-proclaimed klutz, an avid music lover who’s known for spontaneously bursting into song, and a road trip aficionado.

When she’s not working or spending time with her family, she enjoys singing, playing the guitar, and exploring small, unsuspecting towns where people have no idea how accident prone she is.

Christy is most well-known for her Love Inspired Suspense novels, as well as her Squeaky Clean Mystery series. She currently has 23 books published.