“How do you do it with eight? I can’t manage the one (two, three, four…) I have!”
I can’t tell you how many times I have heard that. Then I had another child, and by that point, people seemed to think that my apparent insanity was really just a mask for overwhelming patience and virtue. I tried not to laugh in their faces. I really tried!
But I always gave the same response, “You don’t get eight kids at once. You get one, usually one anyway, at a time, and you usually have a handle on how to handle what you have before God blesses you with another child. But as a writer, that question sparked another, and then another. With the fiendish glee of a mad scientist, I started typing them out.

Those questions sparked the beginning of my bestselling Aggie’s Inheritance series. Originally, it was one book—and not a long one. About sixty thousand words of chaos. Then I started editing. Most people lose quite a few chapters or words when they get into hyper editing mode. I took that one book, split it into three, and expanded each to over 120K words! AAAK. And now a fourth book, Ante Up! is in the works.

People often ask me if it’s autobiographical in any way. And while it really isn’t, some parts were inspired by actual events. For example, like Aggie, I had zero child experience. I once read a Phyllis Whitney book, A Long Time Coming, as an early teen and one line in it defined how I felt about children. “I alarm children and they alarm me.” So, I had that in common with Aggie. It took me an hour to dress my oldest to leave the hospital. A nurse finally came in and said, “She won’t break! Just change her!” And yeah, the little thing with the coffee in the bottle actually happened, although it was hot chocolate in my case, and fortunately I saw it before I gave it to her. If I hadn’t turned on the light that time, though…

The one most repeated comment I get is, “I bet you didn’t have to do a lot of research on that one.” And to an extent, that’s true. I mean, I know what it’s like to chase eight—and then nine—kids around the house and try to keep chaos at bay. But I didn’t know how to do it as a single woman. I didn’t know what it felt like to work so hard for a degree and then as soon as I got it, have to abandon my dreams of using it. And that degree is one of the biggest objections people have had. Because Aggie has her degree in education, some people really don’t find it plausible that she’d know so little about children. I spent hours tracking down people, asking questions, frankly, being a general nuisance to make sure it was possible for a teacher never to have had an early childhood rotation in student teaching. I found quite a few. The overwhelming majority worked with all ages, of course, but learning that there were those who didn’t gave the book authenticity that, ironically enough, feels implausible to some people.

The series consists of Ready or Not, For Keeps, Here We Come, and hopefully in 2015, Ante Up! All books are available in print and on all eReader platforms, and Ready or Not is also available on audiobook as well. We’re hoping to get For Keeps up on Audible by this fall.

Love this blog post! Thanks so much for stopping by again! Chauntona is giving away THREE copies of Ready or Not to THREE lucky readers! Print, E-book, or Audio….you choose. How awesome is that? 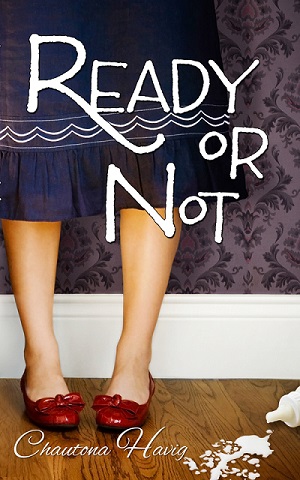 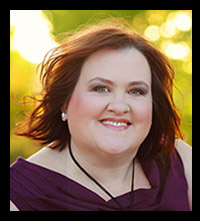 Books. I love them– always have. From my earliest years, I spent most of my free time lost in a book, until one day I realized that I had stories in my mind that I wanted to tell. Time passed, life, family, and work got in the way, and my dream of being a writer seemed to vanish into the desert winds.

Dreams are beautiful things, though; they never quite disappear.I began writing again, editing, writing, editing, and now I have over a hundred books in progress– some of them finished. I write the stories of fictional people who have real problems, weaknesses, and triumphs.Through their stories, I try to share the Hope that is within me.

22 thoughts on “Wednesday’s Wanderer: Chautona Havig author of Ready or Not”