Waking up to tropical birds squawking outside of the “window” (read: screened opening) and seeing black howler monkeys jumping in the trees. That’s not exactly what I would have imagined in my life…not twelve months ago. 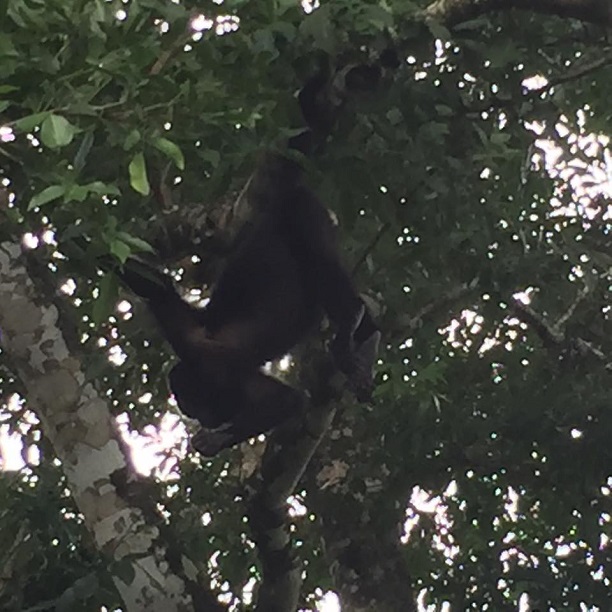 We were a little overwhelmed last night…with the velociraptor noises from the jungle, the big bugs (BIG), and the very, very dark outside. VERY dark. But out of darkness comes light and we woke up to a new day with a better handle on our culture shock (and a new appreciation for high speed Internet!).

It’s the beginning of a new year for our family so it’s good that we are taking this adventures as we begin fresh starts.

Isn’t that what the birth of Jesus is about? A new beginning for the people of Israel and Jacob? For anyone who believes?

On the plane, I was reading my Bible…mostly Matthew and Luke. I had never made the connection before that the wise men who traveled so far to see the baby Jesus were Gentiles, *not Jewish*—the very people who were waiting for the Messiah. There’s a deep irony in that fact. As we have often commented on my Facebook discussions, some of the people who profess to be the most “Christian” and attend church services but leave the door, forgetting the message, (I call front pew people).

Apparently that hasn’t changed in 2000 years.

The very people who studied the Torah and taught Scripture to the people who should have been flocking to see Jesus…what did they do? They ignore the signs and were “disturbed” with Herod.

They had a chance for a new beginning. They didn’t take it.

I suppose I found the connection between our journey to the jungle in Belize (without Marc who…did not renew his passport!) and those wise men who sought out the baby Jesus. They took a journey to discover the new way. Likewise my family is here to reconnect…not just with each other but with ourselves as individuals…not just emotionally but also spiritually.

It’s been a long year and it’s the season of rebirth. Maybe some of you will join us…