Everyone who reads Amish fiction has heard about this mysterious period of time in an Amish youth’s life called rumschpringe. When Amish youth turn 16, they enter a new and exciting period of their life, the time when they can “run around” with their peers.

During this time, Amish parents shut their eyes to the “rules” so that their children can explore the outside world. The main theory is that it’s better for the children to know what they are giving up when they become baptized members of the church…rather than not know and leave later. 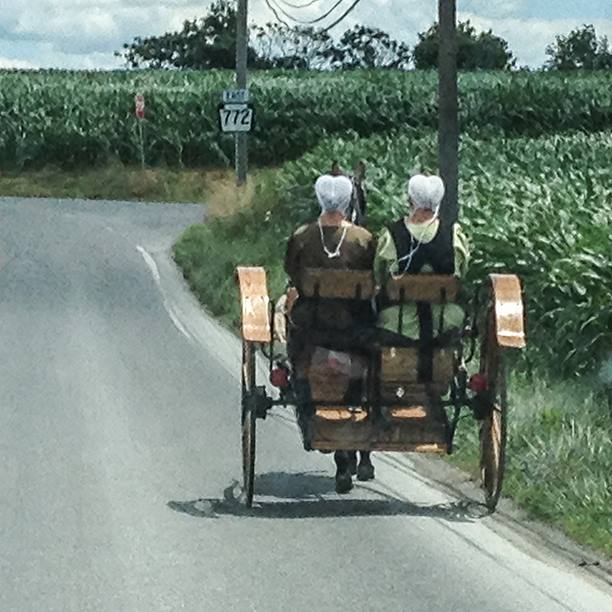 Unfortunately, the rumschpringe of a hundred years ago is a lot different than the rumschpringe of today. In fact, several church districts have been considering doing away with it because too many youths are experimenting with dangerous things such as alcohol, drugs, and even premarital sex.

Yes. You read that correctly.

That might come as a shock to many people who, like me, adore the Amish culture and religion, seeing it as an ideal that we should all strive to achieve. Understandably, we fall short of doing so.

We are, after all, human. Imperfect by design. Sinners.

So it really shouldn’t come as a shock to us that the Amish youth (and some adults) face the same challenges and obstacles that our own children.

Not so long ago, before social media and cell phones, the Amish youth were limited in who they could communicate with and, therefore, were not as exposed to the outside world. Oh, don’t get me wrong. Plenty of youth got themselves into undesirable situations. I remember in 1990 reading a story about an Amish young man who sold cocaine from a bar near Honeybrook, PA (I don’t remember the exact town name). I was shocked!

Today, however, it’s much easier to reach out to more people and not just those that are in a close geographic proximity to them. And while not all Amish youth experiment with such dangerous things, enough do that it has become a problem.

In Valley of Hope, I wrote the story about Samuel Lapp and his adventures during his rumschpringe. The youngest son in the family, Samuel isn’t ready to think about taking the kneeling vow and he certainly isn’t thinking about marriage. Some of the emotional upheaval he feels creates an awful lot of conflict for his family and his church community.

It’s conflict that I have personally experienced in my own life with my own son. And I imagine that many of you know a parent who has a Samuel Lapp in his or her life.

You see, when you really think about it, the Amish aren’t the only ones with rumschpringe. Our youth go through it, too. Like the Amish, some parents are stricter than others and tolerate less. But, in general, there are plenty of non-Amish youth who find themselves in a lot of trouble…like Samuel Lapp.

Like the Amish parents, we can only pray that they emerge from that running around period and come back into the fold.

Click HERE to purchase a copy of Valley of Hope!