I’m on vacation. Finally. I met my friend, Sarah, for our second annual LRWF Retreat. Last year we stayed at a house on the lake in the Ozark Mountains. This year we are staying on a farm in Ohio. While she’s stayed on a farm before, I have not. 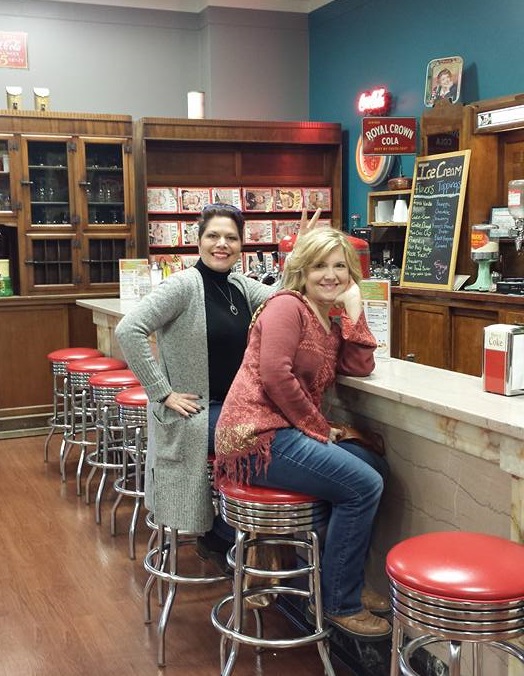 I love the sights. I love the smells (I truly do). I love love love the animals. And, here, I love hearing and seeing the horses and buggies trot by our little house. The sun has yet to shine, and I don’t care. It is beautiful here.

The first morning we walked over to the barn. The cows were out in the neighbor’s field grazing. They posed nicely for some pictures. I got a couple of shots of the windmill atop the hill and then continued to the red ban across the street. We were greeted by eight legs running toward us. Sarah bent over to love on two of the farm dogs. They seemed pretty happy to meet us. 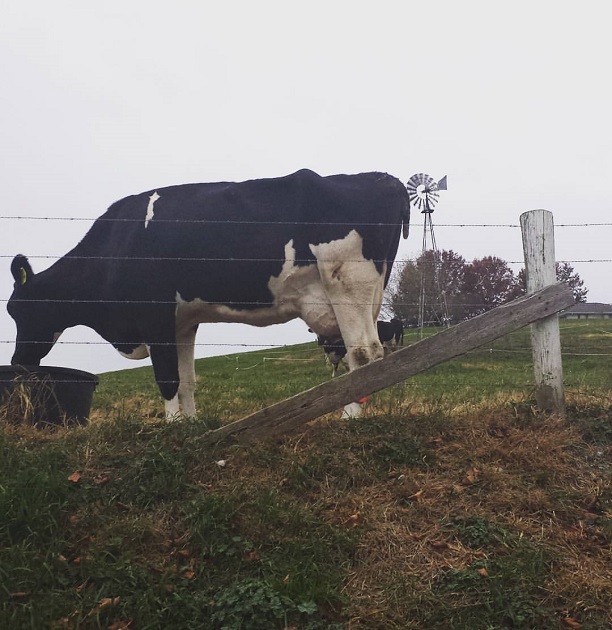 The milk goat seemed a little jealous, so she got a little love with gentle scratching behind her ears.

Sarah noticed a baby calf several stalls over. It was only standing on its hind legs. Its front legs were folded under it.

Was it sick?? Had it been injured? No. It had been born that morning!! A new life, how amazing! We watched it take its first steps and our hearts were happy.

Later that day, we watched from our window as the two dogs played and played. They were obviously best friends. We giggled watching them romp and roll. What made it even better were the ponies standing in the background.

Just before dinner we were invited to help milk cows by the matriarch of the farm. When we arrived, it looked to be Grandpa and Daughter milking. They were not certain we were up for the job.

While Sarah got in there much more than me, I think they were both surprised at these two city girls. We dirtied out hands, clothes, shoes …and we were both nearly pood on. In fact, we were nearly face to face with poo much of the time. Still, the cows were amazingly beautiful, especially the Jersey cows with their long eyelashes.

All around us is creation. All around us are reminders of our Creator. The miracle of birth. The lick of a puppy. The blink of a cow’s long lashes. The moo of a cow as it walks in to milk. The neigh of a horse. The sunrise. The patter of rain.

How long has it been since you’ve sat silently and mediated on God’s goodness all around you ?

“You, Lord, laid the foundation of the earth in the beginning, and the heavens are the work of your hands”