Okay, I have to admit that the title of this post is a little tongue-in-cheek. My first Amish series, with Mindy Starns Clark, is The Women of Lancaster County; and my second series that I wrote solo is called The Courtships of Lancaster County.

I’ve been thinking, if I ever wrote a children’s book I could call it The Animals of Lancaster County.

I love visiting Amish communities. As my husband drives, we take in the picture-perfect farms, the laundry on the clotheslines, the families working in the fields and gardens—all of it intrigues me.

But I get a special thrill out of the animals. And what’s fun is that over the years as we’ve returned to Lancaster County on research trips, I look for some of the same animals (or relatives of animals we’ve seen before). And our daughters do too, even when they’re not with us.

Here’s a photo of my youngest daughter in 2012 at Riehl’s Farm with one of their miniature horses. 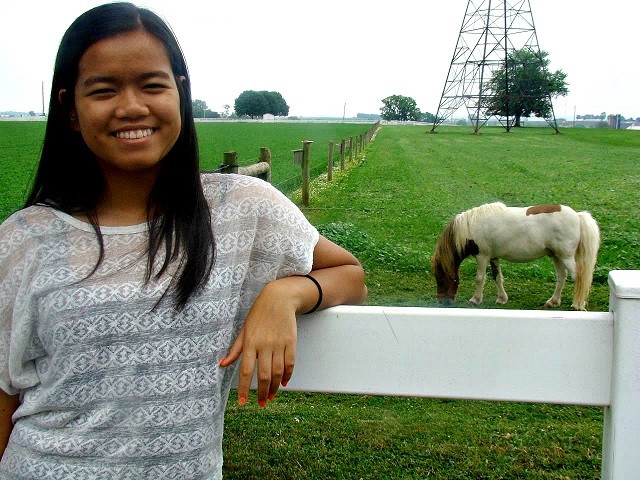 When we returned this May, she wasn’t able to go with us. So I sent her this photo: 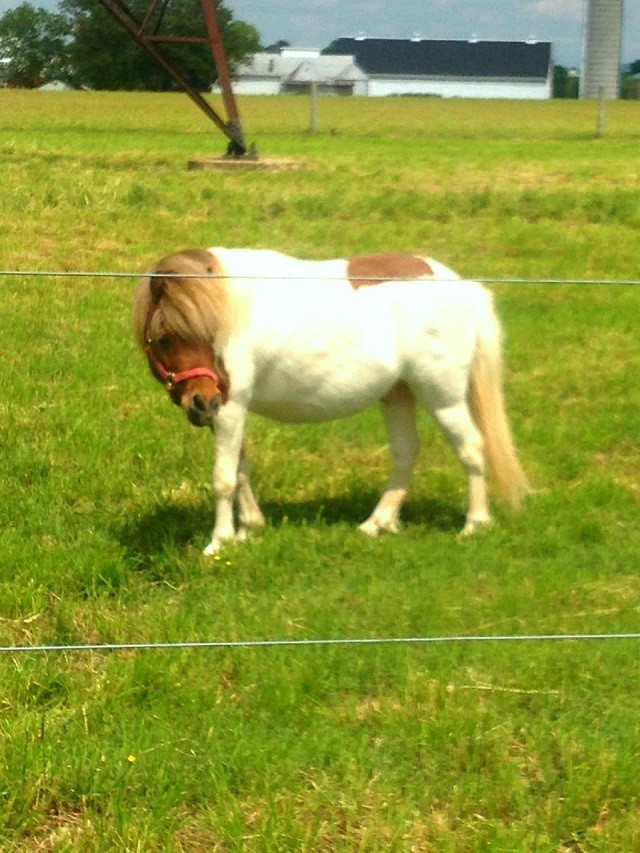 Another animal at Riehl’s Farm—and all over the county—that fascinates me are the mules. 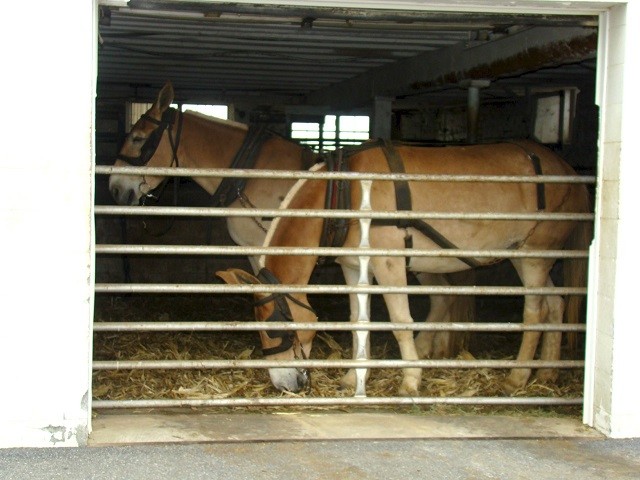 They’re amazing animals. I’ll try not to go into too much detail, but highlights are: mules are a cross between a horse and a donkey; they’re sterile (except very rare cases); and they’re incredibly strong. George Washington was one of the first breeders of mules in the USA. Although mules aren’t common in Ohio Amish country, they are in Lancaster. Some believe mules have more endurance, consume less feed, and are hardier than horses, making them the perfect beast of burden on an Amish farm. 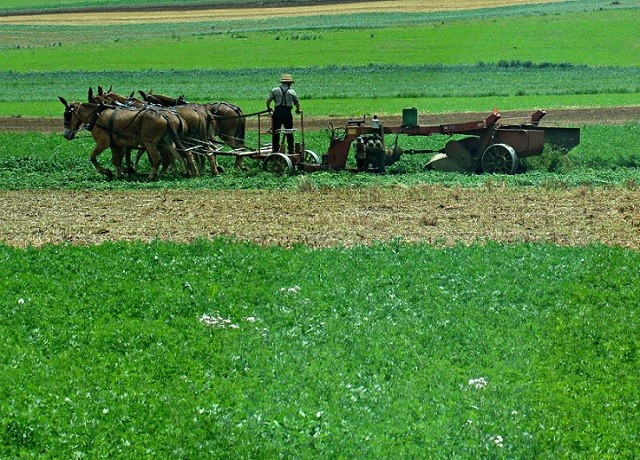 When we visit Lancaster County, we always stop by Lapp Valley Farm for ice cream. We admire the Jersey cows and the cute, cute calves (both make me think of milking time at my grandparents’ farm). 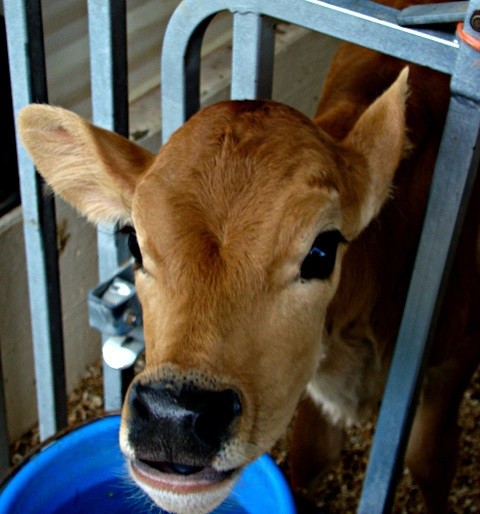 Lapp Valley Farm also has lots of boxers (including brindles), who entertain their patrons. Our oldest daughter was smitten by one on a visit in 2010. 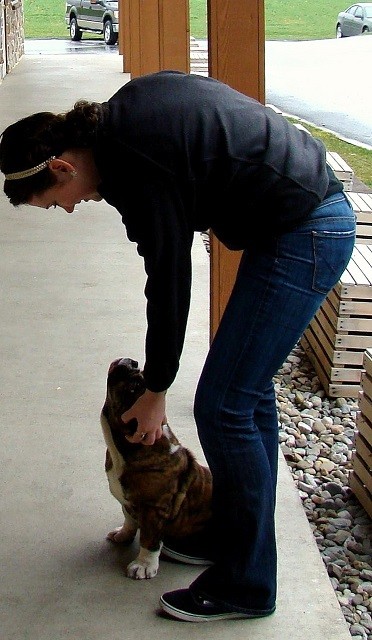 She hasn’t been able to go back since—so I send her a photo every time we go. 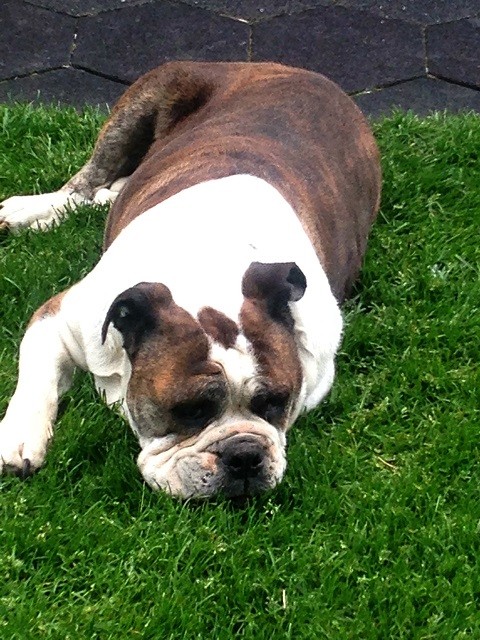 Cruising around Lancaster County, there’s always so much to see. 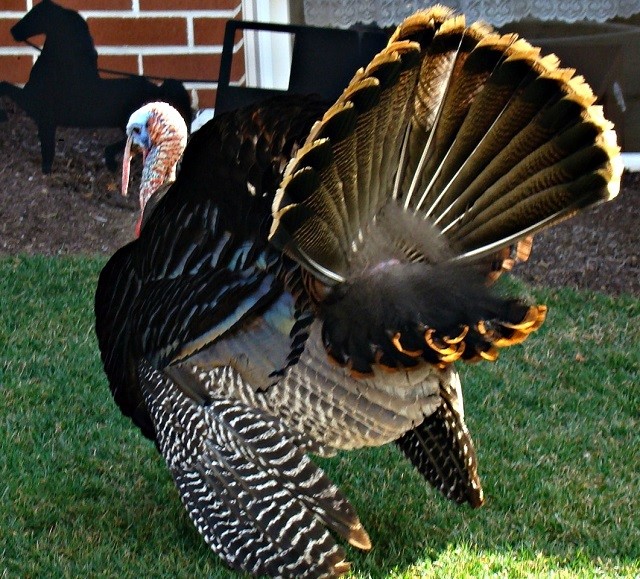 A mama cow and her newborn calf: 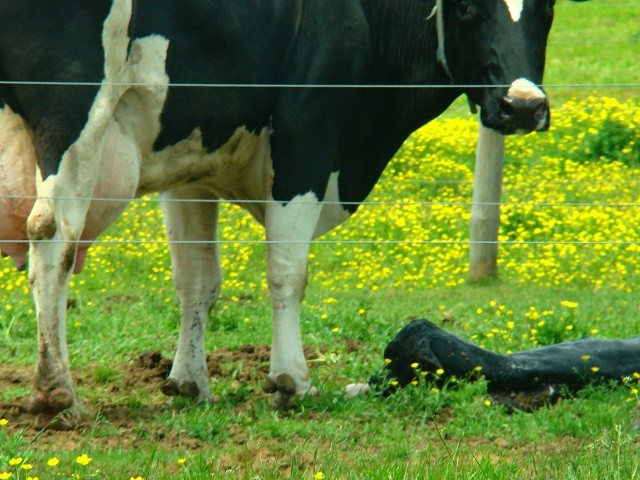 Of course there are lots and lots of beautiful horses, chickens, peacocks, cats, and every other imaginable farm animal too.

What are some of your favorite farm animals? What do you like seeing the most when you’re in Amish country? 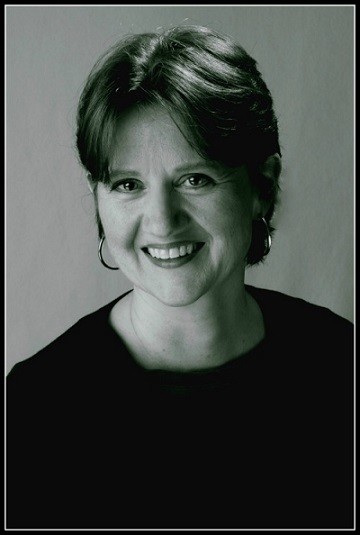 To learn more about Leslie Gould and her books visit www.lesliegould.com. Her next release is Becoming Bea (October), inspired by Shakespeare’s Much Ado About Nothing.

5 thoughts on “The Animals of Lancaster County by Leslie Gould”