I am very excited to announce that my daughter Cat, was selected to participate in the 2015 Youth Mustang Challenge. At 12 years old, she is one of the youngest trainers selected and, from my vantage point, one of the most enthusiastic. 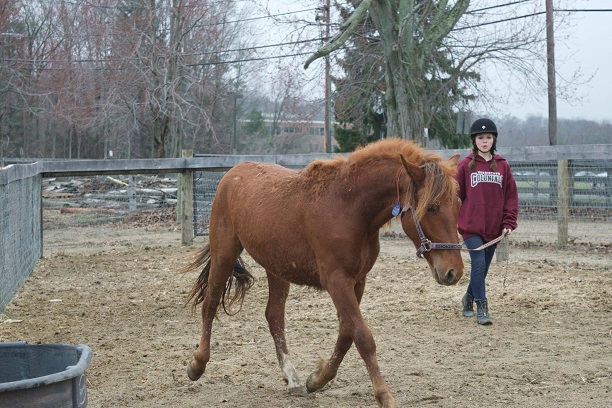 The Youth Mustang Challenge selects applicants who demonstrate their ability to train horses. After being approved, each participant is assigned a wild mustang yearling (18-24 months old). All participants have 90 days to train the mustang before demonstrating their progress for the Mustang Heritage Organization. 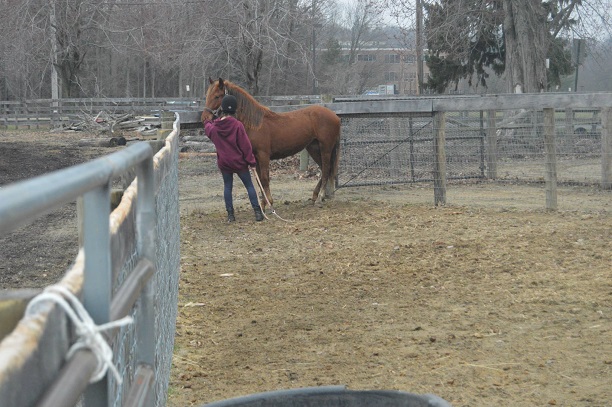 “Monche” (short for Comancheria) is a wild mustang, rescued by the Bureau of Land Management (BLM), the government agency that manages and protects the free-roaming mustang population.

Monche was captured on May 1, 2013, the very day that she was born and has never been handled by people. 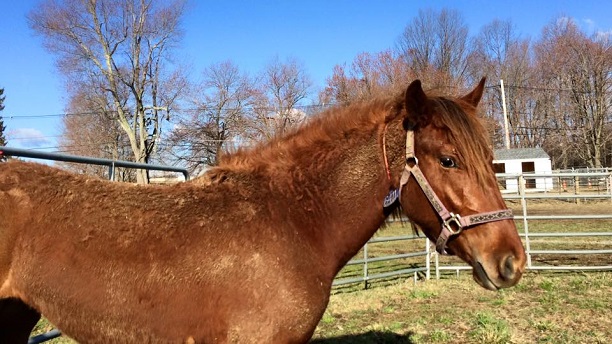 Up to now, she has spent all of her life in a holding pen in Nebraska with hundreds of other wild mustangs and burros that are taken from the different states so that the population of mustangs does not overgraze public land.

In less than 24 hours, Cat has managed to earn Monche’s trust. She can scratch and rub the mustang as well as groom her. 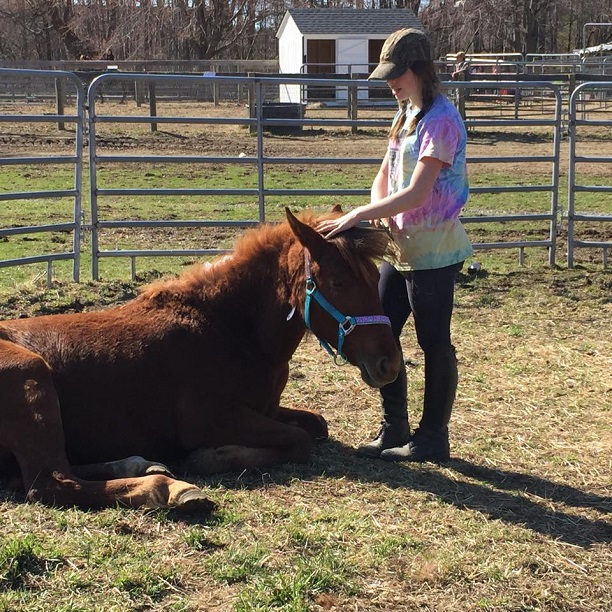