An excerpt from First Impressions…what could be better? I hope this little glimpse into the lives of Frederick and Lizzie makes you smile! 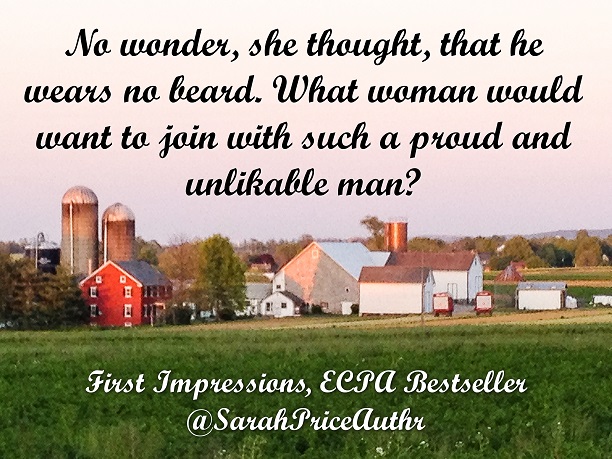 Lizzie looked up, surprised to see Frederick standing behind her. “Oh,” she gasped. “I’m sorry. I didn’t mean to block your way.”

“Indeed,” he said, his voice deep and stiff as his eyes stared over her head. “I’m quite satisfied there was no ill intent.”

She frowned at his words, so formal and unfamiliar. While she had plenty of family in Ohio and had cause to meet them on occasion, they had seemed no different than her own immediate family. This man, whom she judged to be close to thirty years of age, seemed too stiff and out of place. “You are with Charles Beachey, ja?”

He nodded his head but gave no formal introduction.

“Do you attend singings frequently, then?” she asked, trying to follow her sister Jane’s advice. After all, she reasoned, everyone deserved a chance.

“As infrequently as possible,” came the sharp reply.

It took Lizzie a moment to realize what he had said. She narrowed her eyes, digesting his words. If he had meant to leave an unfavorable first impression, he had truly succeeded. Between his stance and his words, there was nothing left to the imagination that this man, this Frederick Detweiler from the Dutch Valley in Ohio, thought himself too above others. And she knew that, without doubt, she did not care for him one bit.

There was nothing left to say so she merely stepped aside, permitting him to pass, her mind still trying to understand how any one individual could be so miserable and cold. No wonder, she thought, that he wears no beard. What woman would want to join with such a proud and unlikable man? 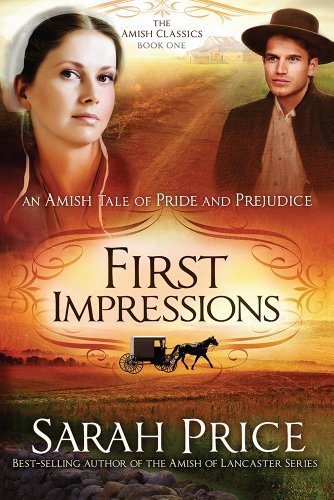