Some of you may have seen this video already. However, the background story might interest you.

It shouldn’t come as a surprise to you that I love animals. After all, Scripture tells us that “A righteous man regardeth the life of his beast: but the tender mercies of the wicked are cruel.” (Proverbs 12:10 KJV). In different versions of the Bible, the word regardeth is translated as care and looks out for.

Of course, we all know that Adam was given dominion over all beast of the air, land, and sea. And Noah was chartered with tending to all of the animals during the flood.

Maybe I take my god-given duty too far when I save little bugs in the house or carry worms off the driveway to the dirt (yes, I do that). I have little patience for people who do not understand or appreciate the people who work so hard to save the discarded, abused, and abandoned animals. Nor do I have patience for those who adopt an animal only to throw it away later (and then adopt ANOTHER animal to repeat the cycle).

Well, apparently, my daughter Cat has inherited this love of animals.

Since she was four, she had been in love with horses. It started with ponies. When she was five, she got dressed up, put on her shiny Mary Jane’s, and took her Elmo purse out of hiding. She walked up to me and said in her lispy voice, “Mom, I need to go to the barn. I have business dealings to discuss with Marc.” 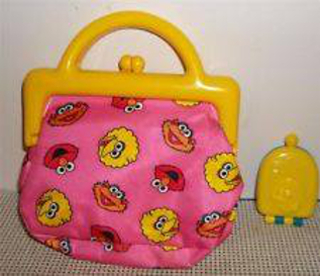 After I got over the shock that she was in a dress (!), I obliged.

Not even tall enough to look over the counter in his office, she cleared her throat and waited until Marc looked up and realized someone was waiting to talk to him.

He raised an eyebrow and asked her how much money she had.

“Two nickels and a quarter,” she said and opened her purse, took out the precious coins, and reached up to put them on the counter.

Transaction done, she walked out of the office and announced that she was the proud new owner of Elvis the pony.

For years, she doted on that pony. Even when she grew too big to ride him, she cared for him. It was a sad day when Elvis passed away. And it took years for her to find another equine soul mate.

When I learned about my cancer and knew that I wouldn’t be able to ride for a while…(years…boo), I urged Cat to ride my horse, Undee, a gift to me from Marc on our wedding day. Undee was a baby at the time and has grown into a lovely, breathtaking horse with a puppy-dog personality. She was reluctant at first, perhaps intimidated by his size or youth or reasons important to a young girl.

But something happened this summer. I gifted Undee to her and, with the help of our instructors at the barn, secretly booked her riding lessons on him. There were tears. There were flat-out refusals. There were days when she longed for smaller, more manageable ponies.

I’ll let her video tell the rest of the story.

One thought on “Sarah’s Saturday Smiles: Cat Falls In Love”