I’ve been struggling with something for a while now and I might as well bring it out into the open: Reality TV has ruined everything.

There. I said it. It’s out in the open for all to see. Maybe now I can breathe a little easier. 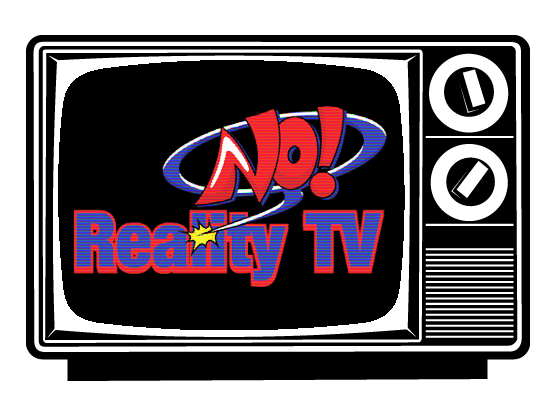 Do you remember Survivor, one of the first reality shows?

(Please notice I said “one of the first” because I’d like to avoid fifty emails that correct me. Survivor, Big Brother, Britain’s Got Talent…take your pick. Reality shows in general have ruined everything.)

Prior to Survivor, the people on television were full of glitz and glamour. Think Joan Collins on Dynasty! Or Farrah Fawcett on Charlie’s Angels! These people had style, class, grace, and power. And it wasn’t just television stars. I remember whenever my parents took me to a Broadway play, my favorite part was waiting by the stage entrance to see the performers as they left. We were never alone…there was always a mob scene.

Today, things have changed and I blame Survivor.

You see, Survivor and the bazillion off-shoots of subsequent reality shows made it popular for regular people to become famous.

With the introduction of reality television, the bazillion spinoffs from Survivor, anyone could become a star, even a nasty dance instructor who screams at her pre-teen clients and their mothers (re: Dance Moms—which, I admit, I watched a few episodes until I realized I had entered the danger zone of being addicted to a “time waster”). After the introduction of reality shows, YouTube.com came along and skyrocketed regular people with zero talent into the limelight.

And when I say zero talent, take a gander at this guy: https://youtu.be/0f_ec37PXNQ.

Besides the fact that he looks about twelve years old, how freakishly stalkerish is this kid’s declaration to never stop loving his girlfriend (of seven-months, mind you!) and his request for her to “stay perfect” just for him. Wow. If a boy ever made a video like that for my daughter, Cat, she’d be headed to the closest all-girls school with armed security guards watching her 24/7.

The point is…2.3 million people have watched that one very weird video of this kid. Oh, and trust me, there are worse ones out there with 10-15x that level of viewership.

So what seems to be the problem? you might be wondering.

When I was growing up, I loved to read. I read everything I could get my hands on, including the good ole Encyclopedia Brittanica (both the burgundy AND the navy set…which for some reason my parents threw out at some point during a remodeling of the house). I had the greatest respect for authors, and not just the best-selling authors. My second home was a local bookstore called the Happy Booker. The people who worked there weren’t very friendly, but I loved to just wander through the aisles to see and smell all of the different books on the shelves.

Yes, book-a-holics tend to have a thing for how books smell.

Naturally, being a book-lover, it was only logical that I wanted to become a writer, to join the few and the brave who spent hours upon hours writing, crafting their language in such a way that scenes unfold to the reader as if they are watching a movie.

Well, I’ve been writing for almost forty years and been published for over six years. Since I already blogged about it, I won’t recap the whole reaction to how people react to learning that I write for a living (http://sarahpriceauthor.com/mondays-musing-who-am-i/). But I will comment that I’ve noticed more and more people jumping on this “I always wanted to write a book, too!” wagon. Of course, you can just replace the italicized words with any career that is a little out of the norm and hints at visibility or notoriety: artist, dancer, actor, business owner, etc.

And if that isn’t enough, we can always fall back on good old youtube.com.

It’s just getting on my nerves.

The governor of our state is running for the Republican nomination. As soon as I heard that, I rolled my eyes and thought, “Oh great, here we go.” Suddenly, this guy has a million best friends. Everybody knows him. Funny how they weren’t bragging so loud during the Bridgegate Scandal.

I try to understand why it’s so important for people to feel connected with “important” people, the people that make it to the news-vines and gossip-sites. Considering the amount of time that people spend following the Kim Kardashians of the world just proves that more and more people are increasingly obsessed with the instant fame of people who basically do nothing.  If I posted a silhouette of Kim Kardashian West, I bet most people would know exactly who it was. But let me post a silhouette of Suzanne Collins, Veronica Roth, or John Green and the odds would not be in your favor.

And these people have done something that millions of people want to do: became best-selling authors with books turned into movies.

So what’s my point?

We live in a world where people 38,000,000 spent over 1,200,000 hours (that’s right, HOURS) watching an angry red-haired teenager rant that “Gingers Have Souls” (another gem worthy of being ignored but…if you are curious—>https://youtu.be/EY39fkmqKBM).  He’s a regular kid with a chip on his shoulder about his hair color. And while I feel bad for the red-headed teenager (despite suspecting that he could use a little anger management or counseling), his skyrocket to fame for being an angry, opinionated, and foul-mouthed kid completely baffles me.

It all goes back to Reality TV.

In my opinion, people place too much hope that something they post will“go viral.” Everyone wants to be propelled into a world where they are on center stage, the star stepping out of the limousines onto red carpets, pausing for a quick selfie so that they can post it the Internet. The only problem is that no one is looking at that selfie…they are too obsessed with their own!

Reality TV has taught us that everyone deserves fame; there are no limits to what people WILL do in order to get that fame (ex: man who blends 10 mice and drinks it…and no, I didn’t watch that video nor will I post that link—I believe they banned it but it had MILLIONS OF VIEWERS).  On a more subtler note, young girls post videos of themselves in situations that their parents would freak out if they saw. To friends and family, their daughter is the perfect little starlet when behind their backs she is posting a video of herself pole dancing on her kitchen counter (true story).

So, here’s the moral to this story: We need to go back to the basics and teach our children that there is more to life than squeamish stardom or freaky fame. Life is not a reality television show where even the losers are winners. Case in point: what was the name of the first man who won Survivor? (I know the answer and I bet, by now, so do you thanks to 1-800-GOOGLE).

There are more important things than living a reality TV life. After all, the only reason those reality shows are even watched is because they represent staged reality…which means they are basically unreality shows to begin with. If they showed the real world, the average Joe stuck in rush hour traffic or the average Jane irritated because the laundry seems to breed overnight, no one would watch. We LIVE those lives, right? That’s reality.

I have a better suggestion for everyone. Shut off the TV and open a good book.

8 thoughts on “Reality TV Has Ruined Everything”