Over the weekend, I published a photo on my Facebook page: 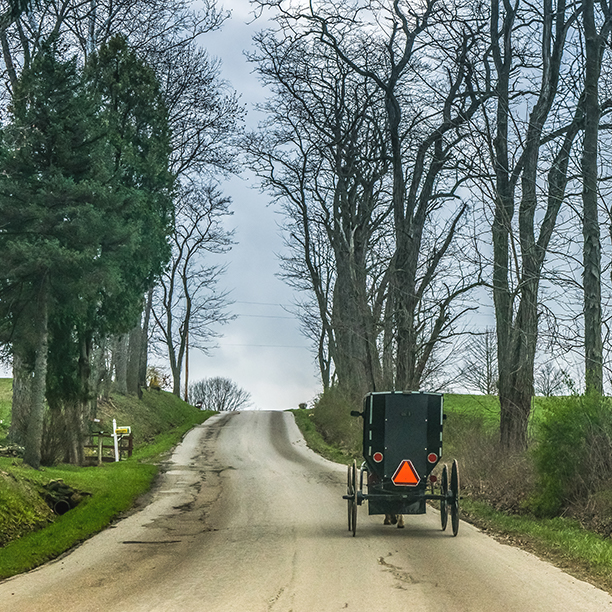 Describe this photo in three words or less…GO!

What was intended as a nice way of sharing among people who read my books and share a passion for the quiet, restrained life of the Amish turned into a firestorm of negativity from a select few intent on spreading their erroneous opinions and hate of the Amish.

But wait, Sarah (you might be thinking). How can OPINIONS be ERRONEOUS?

When opinions are put forth as fact using not one iota of reference to any legitimate source or statistic, they are erroneous. Period. Here are just a few of them…

Apparently, you lived in Ohio which is Amish Country…so yes, there would be horse poop on the roads. Since horses travel down the middle of their lane on road, I presume you are not stepping in their manure, but you simply just don’t like poop. Perhaps we should get rid of all dogs and cats, birds and rabbits because (horrors!) they poop, too. That’s a silly comment, but I shall let it stand at that.

“Everything about them are nasty.”

If it were the former, then you should not generalize about an entire religious and cultural community simply because one, two, or even ten people were not bending over backwards to meet your notion of stranger-kindness.

If, however, it were the latter, then I would suspect that YOU have the problem. Presuming you met all 300,000 Amish people in the USA and they were all nasty to you, then I believe that YOU, not them, have the problem. What exactly is it about YOU that 300,000 Amish people don’t like you? From your comments on the photo post, I can place a good bet that you are a judgmental person with low tolerance for anyone who doesn’t believe what you believe. If you are Christian (which seems unlikely), you might want to flip through the New Testament again…perhaps study a few of Jesus’s teachings or, even better, go speak to your preacher, pastor, or priest about your inability to A. be nice B. keep negative thoughts to yourself and C. judge others without knowing one thing about them.

“And they all treat their animals so badly.”

Interesting. Very interesting. Seems to me that the shelters in MY county are full of abandoned, discarded, and unloved animals. But we don’t have any Amish for 60 miles from my home. Do the Amish treat their animals badly? Perhaps some do (more about this later). However, if you are basing this on the fact that Amish people don’t dress up their dogs in cute little outfits, adorn them with blinged out collars, or let the snuggle on the sofa while watching television at night, then you might have a point.

But I suspect that is not your reason for making this very unsubstantiated claim. There is simply NO logic to your claim. And no facts, either. If ALL Amish treated their animals badly:

They would not get milk from their cows for unhealthy cows won’t produce quality milk (or any for that matter!) their Belgian draft horses would be too weak to pull the mowers, balers, and other farm equipment, and their carriage horses would drop on the road left and right when pulling buggies.

Anyway, enough attention to you. Let’s explore some other ridiculous post…

I noticed on your Facebook page that you have a lot of quotes about forgiveness and acceptance, particularly with the LGBT communities. I applaud your open-mindedness! However, your comments in your post made me wonder at how closed-minded and misinformed you are about the Amish, judging others (the very thing you post that you don’t want done to YOU) and being rather unaccepting of their lifestyle.

Puppy mills. Are there any Amish puppy mills? Yup. You betcha. In fact, the Humane Society identified at least three puppy mills that are Amish (possibly five, I cannot be certain). However, on this list of puppy mills, there were at least 95 (or 97, depending on how many were Amish) other puppy mills identified that were NOT Amish.

Who buys these puppies? Not the Amish, for sure and certain. So I have to presume it is the NON-AMISH buying them and clearly with no sense of accountability or responsibility for the conditions in which their beloved puppy’s mother lives.

While we are on the topic, a NON-AMISH pet store owner of Just Pups in Paramus was just caught with 67 puppies shoved in tiny crates in a VAN on a very cold night. He had his own breeding farm, apparently, in Tennessee. Again, NOT Amish.

However, let’s use YOUR uneducated logic and words of Wisdom, since 3% of the Top 100 Puppy Mills identified by the Humane Society are potentially Amish and you do not want anyone to buy anything from them, let’s observe the same practice with the rest of America because at least 95% of the Top 100 Puppy Mills are NOT Amish. You never know when you might buy something from a store owner who has a puppy mill, right?

But wait! If you are promoting boycotting Amish goods and products because of the 3-5 top puppy mills being Amish, aren’t you punishing an entire community? Aren’t you generalizing? Aren’t you basically demonstrating the same no-tolerance that you, according to YOUR Facebook page, want the world to show toward the LGBT community? Doesn’t that make you (dare I say it?) a hypocritical bigot?

Child abuse. Wife abuse. Elder abuse. Does it happen? Yes. However, it happens in ALL societies. 679,000 children were abused in America (according to a 2013 report on child abuse). 28% of young adults aged 14-17 reported having been the victim of sexual assault and, overwhelmingly, it was by a family member. That’s TWO MILLION CHILDREN! And most of the time, those offenders never even make it to court.

I have first hand experience with this. And I can assure you that my offenders were non-Amish and, to be perfectly frank, sat with their families in a Catholic church pew every Sunday.

I don’t care what religion you practice. Intolerance to ANY group based on stereotyping or ignorant generalizations is simply fallacious and demonstrates just how illiterate and uneducated people can be.

But I’m not judging the Facebook commenters of the world. And I demonstrated my own tolerance of these misinformed and sanctimonious people: I left their posts on my page and did not ban them for spreading their antipathy. Instead, I am leaving those comments there so that others can read and form their own opinions.

5 thoughts on “On Puppy Mills, Child Abuse, and Incest within the Amish”