If you tuned in yesterday on Facebook I revealed the new covers (Yay!) for The Plain Fame Series. I am so excited to share the covers with everyone! 😀

Here she is…our beautiful Amanda. After going through so much with her family, she’s sent to Ohio with her sister, Anna. Now, as she travels home alone, she finds herself in trouble in New York City, her world literally colliding with “Viper’s” outside of Madison Square Garden.

During the photoshoot, I had the honor of watching this young woman transform into Amanda. It was absolutely astonishing! Thank you Waterfall and Amazon.com for turning my dream into reality!!! 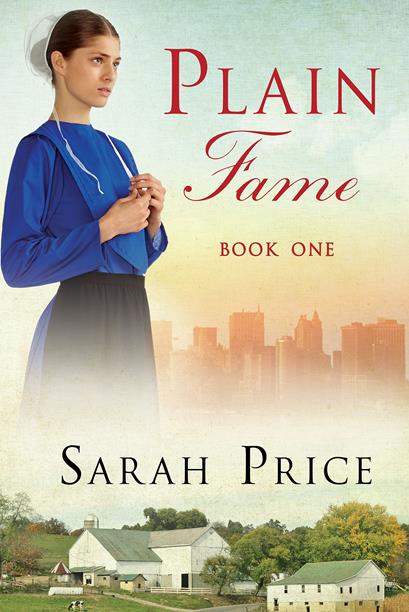 OK…Here he is! EXACTLY as I saw him in my mind! This man IS Viper. Plain Change explores the world of fame from Amanda’s eyes. She’s amazed to learn that, despite the differences in lifestyles, there are a lot of similarities. Is it possible for a young woman born into the Amish culture to cross over into Viper’s world?

I have to tell you…I saw this young man’s photos when we were selecting our “Alejandro” and…I think it was unanimous…we all said “That’s him!” Like Amanda, he became Alejandro in front of our eyes. I also must confess that my fantabulous publisher and I were watching the photos on the monitor and, several times, we grabbed each other’s arm and gasped. Not only was he Alejandro, he was Alejandro in love with Amanda! It was something I will never ever ever forget!!!!! 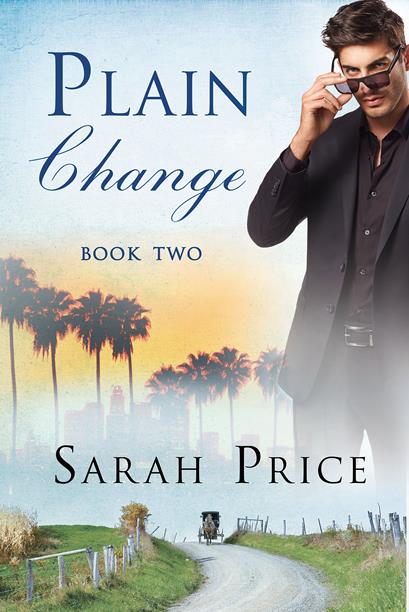 This is the photo that made me cry (and yes, I’m crying now just looking at it!).

I couldn’t speak. Standing in front of me…right there at the photoshoot…Amanda and Alejandro! I will never, ever forget that moment. They were the very characters that I created! Isn’t that amazing? I think they are gorgeous…inside and out. They are exactly as I imagined them!!! 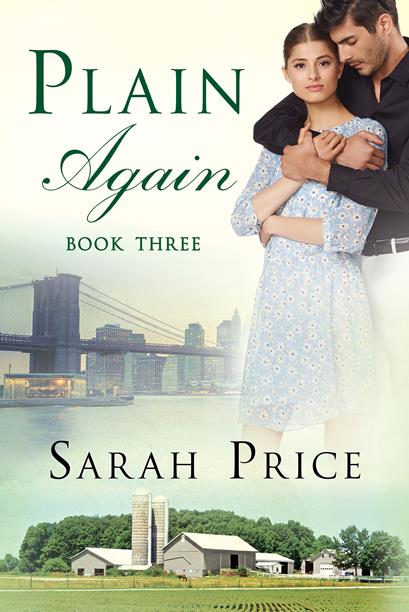 Here it is…Book 4 of the series. Plain Return. The one that everyone has been asking me to write. You can thank my publisher at Waterfall Press (Amazon.com). She gave me the gentle shove off the cliff (i.e. “Write it now, Girl” type of pep talk).

I don’t want to say too much about the book because it’s chock full of Sarah Price surprises. But I hope you tighten your seat belt…it will be quite an exciting flight!!

Sooooo…what do you think of these covers???? Personally, I’m in love.