How do I explain my feelings about visiting Ohio?

It’s different. The Amish in Holmes County, Ohio are different. Not in a good or bad way. Just…different. 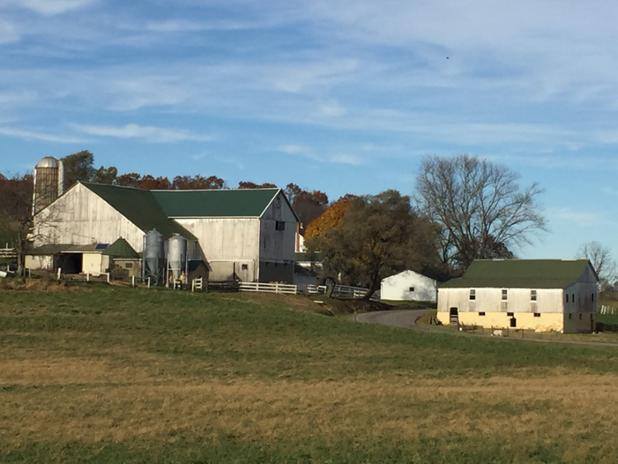 Fans of books about the Amish might be surprised to learn that there are different types of Amish: Swartzentruber, Dan, Old Order, New Order, Nebraska, etc. Some of those groups are located in one particular geographic area. Other groups are spread out over different states.

What I have learned is that one type of Amish can be dramatically different from its counterpart in another geographic region.

And this has thrown me off-balance.

There are little things that are obvious even to the casual observer such as the Old Order Amish (OOA) from Holmes County wear stiff, cup-like prayer kapps while the OOA from Lancaster County were softer heart-shaped ones. But when you really begin to talk to people, you certainly learn that there are many layers to the different geographic regions.

The one thing that I have learned is that no one person knows “the” Amish. Not even someone who grew up Amish can know all there is to know about the Amish. It’s impossible because the rules change between church districts, religious leadership, and county lines! While I know a lot about the Amish, my knowledge is limited to those church districts in one particular area of Lancaster County.

Yet, I shouldn’t be surprised.

I’ve heard a few stories from my friends in Lancaster about the infiltration of the ugliness that surrounds the non-Amish world. I’ve heard of a baby born after just seven months of marriage or a teenager abusing illegal substances. Several Amish people I’ve met suffer from depression or have unhappy relations within their families.

Overall though, in Lancaster, I’ve also met some of the kindest, happiest, and fun-loving people from the Amish communities. I’ve seen the sparkle of love in the eyes of a husband as his wife pours his coffee. I’ve heard the beauty of a congregation singing hymns on a crisp Sunday morning. And I’ve felt the love among the people for each other.

Simply put: they are human.

Like every other person in the world, the members of the Amish church are people first. Some of them follow a straighter path than others. Some decide to leave the Amish community for a variety of reasons. They are no different from non-Amish people.

These similarities with the rest of the world are often not discussed in literature. I know that I have hinted at these topics in my earlier novels only to have several readers become upset.

And I agree. It is upsetting to realize that the Amish community—the very people that we respect and love so much—are just as physically and spiritually fragile as the rest of us. Yet, like I said above, we shouldn’t really be surprised. The Bible tells us “For all have sinned and fall short of the glory of God…” (Romans 3:23). That means you. That means me. And that means the Amish, too.