But we all have our moments.

Something happened yesterday and I feel very compelled to share it. Will it emerge as a future book? Most likely. But, in the meantime, I hope that by sharing it, you might benefit in advance of the book.

There is a saying that a rolling stone gathers no moss. But I say that’s not true.

Isn’t it true that you feel happier when you are with positive, fun people? Their energy simply rolls off of them and attaches to you! I love being around those types of people and have shed my life of unhappy, yucky people who seem to suck the happiness and joy out of me. Life is too short to be around energy vampires (and I use that term as a metaphor, not as in an unchristian way…lower case “V”).

Which brings me to my story…

The moss gathered by rolling stones is not always positive. Those of you who know me, whether personally or “virtually”, know that my husband and I work very, very hard. Writing is not a job where you can just clock in and clock out. And horses require daily care…there are no vacations or days off when you have the responsibility to care for 60+ horses, ponies, goats, donkeys, and chickens.

Yesterday was the beginning of a new program at the barn. It’s a darling little program for 2.5-5 year old children. Any of you who have young children that there really are not a lot of programs geared for this age bracket. We have worked hard to develop this program, get special insurance, and train the staff/volunteers. 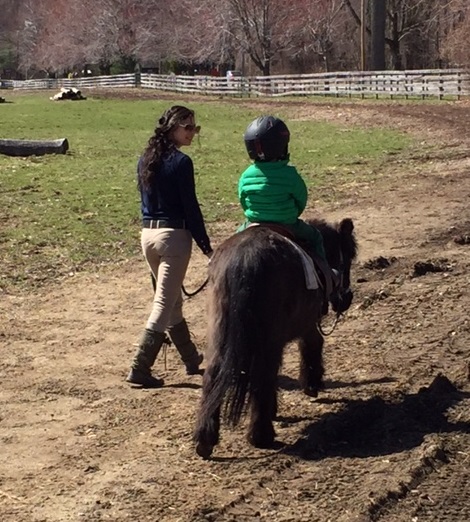 While the program started, I was talking with a reporter and one of our sponsors (Beyer Ford) about Cat and the Youth Mustang Challenge. Cat was supposed to be volunteering but I had pulled her aside to talk to the reporter. Unbeknownst to me, an older woman stormed into my husband’s office and began berating him about the pony program. She was not kind about it, nor did she care that other customers and employees were around. She complained about how horrible the program was, how her grandchild only rode a pony for ten minutes, how she was going to complain to anyone and everyone about it.

She was a rolling stone.

And let me tell you that she gathered moss quickly.

To make a long story short, my husband almost terminated the employee who left in tears. The horrid woman left—her refund in one hand and grandchild in the other. And when I came into the office after the reporter left, he made a comment to me that didn’t sit well and I left the barn angry. It wasn’t until midnight that we sorted out everything.

And later on, after the damage had been done and tone set for the day, every other parent in the program came up to my husband and him that the program was fabulous, the woman was cranky, and that it was better that the older woman wasn’t coming back.

Over the years, I have seen more and more of this. People who say things that are harmful and mean without thinking of the consequences. Not only are they unhappy, they want to ruin it for everyone else.

Working with ponies is not a live carousel ride. This program teaches children patience, self-esteem, and safety. Horseback riding is not about jumping on a horse, riding for 45 minutes, and then being whisked off to another activity. It’s about the care of one of God’s creatures…80% care, 20% riding, and 100% love. And yes, I know that equals 200%.

That woman may have had a bad morning. But she spread her miserable mood to other people. She gathered moss and kept right on rolling down the hill, leaving a trail of bodies in her wake. And think of the poor child who will not benefit from the program and learning very important life-skills!

My husband and I eventually realized what happened. But we also learned something from this. When confronted with people who only want to ruin something good, take a step to the side and let them just continue on their (un)merry way. Why do we let unhappy, self-centered people impact us? They have the right to be happy. They, however, have no right to steal that from us. And I know, I know…they can only steal what we give. Well, some people steal it. We just have to learn how to grab it back.

We even role played how to deal with people like this. In the past, I’ve merely shut down when people say horrible things or try to absorb me into their path of moss. Now, we have a plan on how to simply address the issue and move on without letting their negativity or lack of insight ruin our moods.

We cannot stop rolling stones from gathering moss, but we can certainly learn how to get out of the way.

One thought on “Monday’s Musing: A Rolling Stone…”