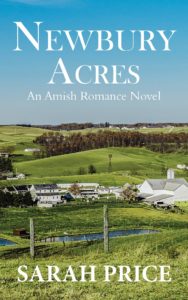 The second son of Gid Tilman, Henry is tall young man with a thick shock of dark, curly hair. When Catherine meets him, his charm and wit intrigues her, especially since he, too, is well versed in reading the Jane Austen classics. And when he learns about her enjoyment of Amish romance novels, he doesn’t mock or make fun of her.

Back in Newbury Acres, Henry manages the farming aspect of his father’s properties while his older brother, Freddie, works in the wood shop. He’s a hard worker and enjoys cutting hay, tending to the dairy cows, and harvesting corn in the autumn.

When he is vacationing in Banthe, he prefers to take long walks around Moreland Lake, rather than hang out at youth gatherings.

Even though he is an eligible bachelor (and from a wealthy family, too!), Henry appears to be friendly with, but not necessarily friends to, all of the people in Banthe. However, he chooses to remain a steadfast companion to his sister, Ellie. When Ellie finds friendship with Catherine, Henry happily extends a mutual admiration for the young Amish woman.

And yet, his attachment appears purely plutonic, for reasons that Catherine doesn’t quite understand. Does his father’s stern approach to outsiders have anything to do with Henry’s reluctance to court anyone?

One thought on “Meet Henry Tilman from Newbury Acres”