I’m 5’1”. Some people say I’m short. Short sounds a little rude me. I prefer to be referred to as “petite”. Petite sounds sort-of French. Hang on. I need to look it up…Ohhhh! YAY! It IS French. So, I am petite and blonde.

Those two things combined likely do not make me sound like much of a force to be reckoned with, do they?

Well, just so you know, I am “intimidating”, “scary”, and “harsh”. These are just a few words that have been used to describe me. Several years ago a few of the younger girls in my office said I reminded them of “Angela” on The Office. I hadn’t watched the show, so I had no idea that what they were saying was a total insult. Let’s see some of the words that have been used to depict “Angela” on the internet: **“cold, condescending, judgmental and uptight…little sense of humor and almost never smiles or expresses happiness…”

To say I’m hurt is an understatement. 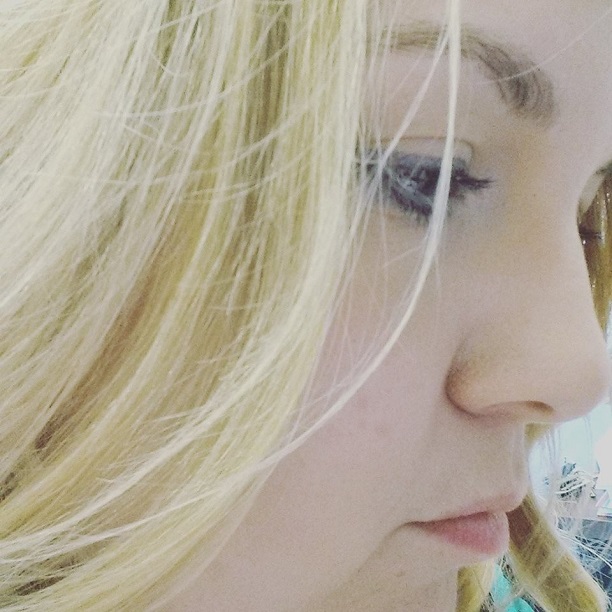 But, beyond my feelings being hurt I am hurting because clearly I had some kind of disconnect back then. I feel terrible that I would have EVER caused anyone to think of me in those terms. How awful! If that’s how I came across—I wouldn’t have even wanted to be around me.

Hmmmm. Thinking back, I guess I really didn’t like ME much back then. Frankly, I was miserable. I was barely existing. I had a wonderful husband. I had two amazing boys. I had a good job. We owned a great house. But, I was consumed by fear. I feared pretty much everything. I had a completely out of control fear of germs. I worried non-stop about my children. I feared war, car accidents, disease, death—I was in a constant state of anxiety. And, I’m sure my fears, my anxiety, my depression–caused my demeanor to be, well, UGLY.

About three years ago, I had a “break down”. My mind and my body decided simultaneously that I stressed them out too much and they were done. My world stopped. It was during that time that I became totally dependent—dependent on my husband, dependent on my boys, and most of all, dependent on God. There was no more “Lisa” left.

I learned a lot of lessons during that time. I learned that I had been trying to control my life by worrying. Worrying was my control. But, what worry had actually done was steal my life from me. It had made me a bitter and anxious person that people didn’t want to be around. Thankfully, God had already blessed me with an amazing family. He also placed an incredible doctor and therapist in my life. Most of all though, He revealed to me the keys to Joy.

Worry is a prison. It separates us from God AND from relationships with the people we care about. God wants us to have FREEDOM not BONDAGE.

Attached you’ll find a PDF  with some scriptures to help you if you struggle with worry.

3 thoughts on “Just So You Know, I’m Intimidating By Lisa Bull”