A few weeks ago I took my first ever Big Girl Trip. I flew by myself (major accomplishment for me) to meet my friends in Ohio. In order to get there, Delta gave me a “free” four hour stay in Atlanta, GA! Can you believe they do that? I only needed to go to Ohio, but they gifted me a trip to Georgia as well. (insert sarcasm) I didn’t get to see much of the state, but I did visit this city called, Hartsfield–Jackson Atlanta International Airport. The city is totally indoors and has all kinds of shops and restaurants…and it even has a TRAIN! 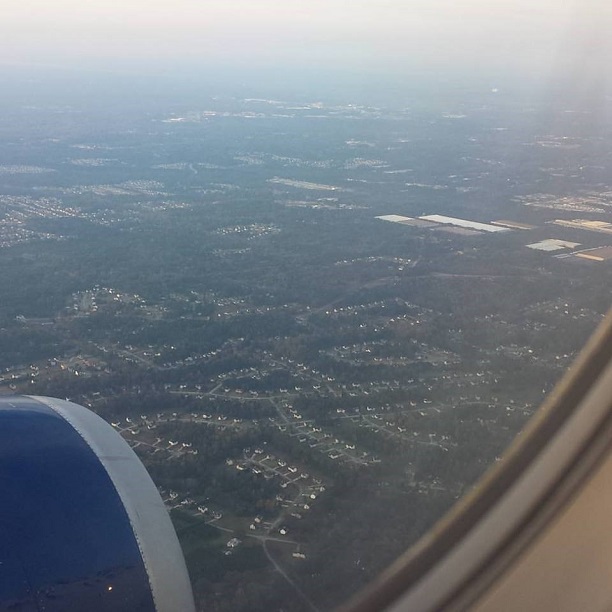 While I was there, I spent a lot of time people watching. Have you ever done that? It is one of my favorite things to do. I love to study people. When a group walks by, I try to see if they resemble each other…are they family? Do they share the same eyes? Do they walk alike, talk alike, and have the same mannerisms?

Style (or lack thereof) watching is also a good time. I had some pretty interesting conversations in my head. “Wow. That is a beautiful older woman. She looks so classy.” “No. Just no. Those jeans were made for ladies not the boys.” (shakes head) “Leopard print and zebra stripes?” “How does she walk in those shoes? Not very well. Nope.”

Sometimes I focused on individuals more closely—really look at their faces.

There is the young mom rocking her crying baby. Her hair is falling out of her ponytail and her eyes are tired.

Over there is a man jogging down the hall with this bag rolling behind him. His eyes look anxious, or perhaps panicked, as he obviously tries to catch his next flight before it leaves him behind.

Standing at the counter of the coffee shop is a girl who is trying to keep her composure as a customer yells at her over coffee that, “tastes too weak”.

I was in a sea of people from all around the world. At first it looked a bit chaotic. People everywhere, going every direction. But, as I focused on groups of people and then individual people, it all became more personal.

I could see them, one by one, each person had a story.

In Mark chapter 10, we are told the story of a rich young man that came to Jesus. Jesus had been spending much of his time teaching masses of people. He and His disciples were setting out on a journey and this young man came to Him and knelt before Him. The young man wanted to know how to inherit eternal life. He told Jesus that he had kept all the commandments since his youth.

In other words, he was a good person.

I have heard this story told over and over since I was a little girl. But this week, as I read it again, verse 21 struck me. Mark 10:21 ESV “And Jesus, looking at him, loved him.” Look how the Word takes the time to say that Jesus looked at him. He saw him and He loved him. And, then with compassion, Jesus told him what he needed to do to inherit eternity…he had to give up the one thing he held dearest, wealth.

Planet earth is filled with millions of people. If we were in Heaven looking down, we would probably just see something that resembled ants on an ant hill, busily going back and forth. But, our Lord sees us, each one, individually. He really sees us, knows us–loves us.

How absolutely amazing is that?

Do you ever feel lost and alone? Do you feel that no one knows you, no one understands you? Jesus SEES you. He knows your good, your bad and your ugly. And, He still loves you. Will He ever correct you? Yes, but with love and compassion. You can trust Him.