Passing On My Pennsylvania Dutch Heritage 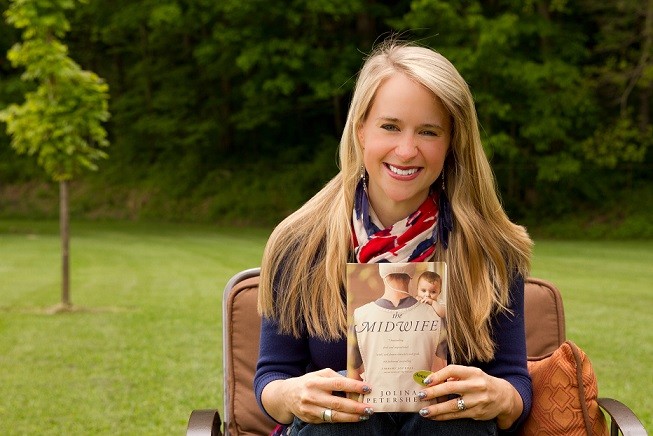 In childhood, my mother used words that I didn’t know were foreign until my friend overheard one and whispered during church, “What did she just say?”

I shrugged. “She told me to stop rutching.”

Later, it took some time for my mother to convince me that “rutching” was actually Pennsylvania Dutch and not English at all—along with words that found their way into our day-to-day vocabulary but that those around us in middle Tennessee didn’t understand.

I also had no idea that many of our meals and customs weren’t standard for the region.

For instance, we ate sweet ham loaf instead of salty country ham.

We had pork and sauerkraut on New Year’s Day instead of the Southern tradition of beans and cornbread. (We didn’t even eat cornbread.)

We pickled our vegetables instead of frying them.

We drank meadow tea—which my brother and I gathered from the woods and my mother boiled on the stove, filling the house with the scent of mint—rather than sweet tea.

We were transplants from Lancaster who lived in small town Tennessee without a blood relative to our Miller last name. Therefore, we attended events that made us feel at home, though “home” was fourteen hours away.

At one farm machinery auction in Kentucky, we met an Old Order Mennonite woman in kapp and cape dress who invited our family back to meet her entire family.

My parents, as outgoing as they are adventurous, took her up on it, and a few weeks later we traveled to their house. I met the girls in the community, and though their accents were sure different from mine (I was already obtaining the quintessential Southern drawl), we used many of the same words and shared many of the same customs.

When I was fifteen, my father took our family to meet a community of ex-Amish and Mennonites who lived in Tennessee near the Alabama border. It was there—at church—that I met Randy Petersheim, and we wed seven years later, conjoining not only our lives but also our customs.

This past week, my Miller and Petersheim parents came to our house for a belated Fourth of July celebration. In the afternoon, we sat on the front porch and watched our toddler splashing in the Rubbermaid container she uses like a pool.

Scooping the water with a cup, she brought it to her lips and swallowed.

“No!” my mother cried. “That’s bocky!” Then she looked over at me and smiled. “She probably doesn’t even know what that means. Does she?”

“Yes, she does,” I said. And my daughter began parroting the word to prove that she understood.

For now, my daughter believes that these words are as common as the day is long. Later, though, I will teach her—just as my parents taught me—that our Pennsylvania Dutch heritage is unique and should be passed down from generation to generation so nothing is lost. 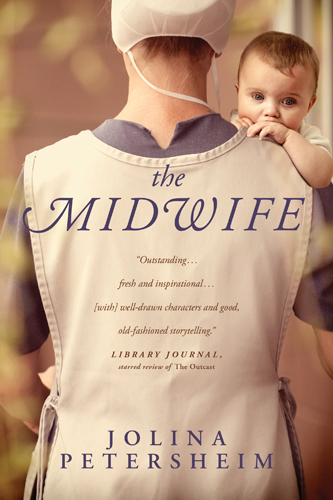 Jolina Petersheim is the award-winning author of The Midwife and The Outcast, which Library Journal gave a starred review and named one of the best books of 2013. The Outcast also became anECPA, CBA, and Amazon bestseller, a 2014 Christian Retailing’s Best Finalist and was featured in Huffington Post’s Fall Picks, World Magazine’s Notable Books, USA Today, Publishers Weekly, and The Tennessean. She and her husband’s unique Amish and Mennonite heritage originated in Lancaster County, Pennsylvania. They now live in the mountains of Tennessee with their young daughter. Whenever she’s not busy chasing this adorable toddler, Jolina is hard at work on her next novel. Visit Jolina at: jolinapetersheim.com ,Facebook ,Twitter, and Goodreads

144 thoughts on “Guest post by Jolina Petersheim and Giveaway”