Hi! My fifth regency romance, The Marriage Act, will be out on July 27, and Sarah was kind enough to invite me to wander over and tell you a little bit about myself and my new book.

I watch more TV than I probably should, and since I write historical romance, it probably comes as no surprise that most of my favorite TV shows are costume dramas. My summer favorite is the BBC Poldark series, currently airing on Masterpiece Theater in the United States, but I’ll watch pretty much anything in which the hero wears boots and gets from place to place on horseback.

I take a particular interest in the costumes, especially the hats and bonnets. I’ve always been a history geek, and one of my geekiest interests is historical millinery–in my case, bonnet making. I learned bonnet-making from a historical costumer who teaches a yearly seminar in an Ohio fort that dates from the War of 1812.

The first step in creating a bonnet is constructing a bonnet form using a stiffened fabric called buckram and stitching it to a wire framework. Buckram is thick and very strong, and I usually end up stabbing my fingers with the needle a few times.I take a particular interest in the costumes, especially the hats and bonnets. I’ve always been a history geek, and one of my geekiest interests is historical millinery–in my case, bonnet making. I learned bonnet-making from a historical costumer who teaches a yearly seminar in an Ohio fort that dates from the War of 1812.

Once the bonnet form is done, the next step is covering it in fabric like silk or polished cotton. Here’s that same buckram framework, covered in striped silk. It’s lined in gold silk, and I added a rosette, cherries and an ostrich feather for trimming, though I’m not entirely satisfied with the look.

And here’s another regency bonnet, in a military-inspired style called a shako. It’s lined in ivory silk.

Part of the fun of writing a story is imagining the kind of costumes the characters wear. My newest regency romance, The Marriage Act, is the story of what happens when a marriage goes wrong. It’s part road story and part “pretend couple” story, with lots of drama along the way. 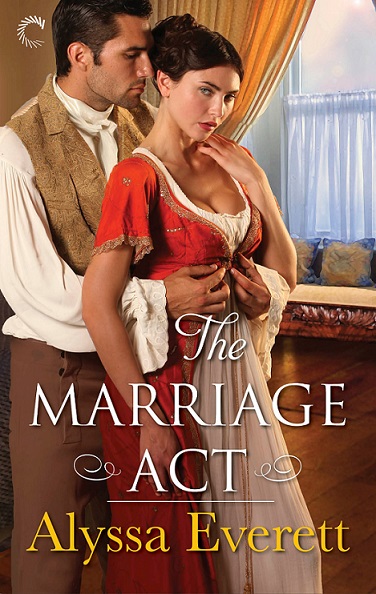 When John, Viscount Welford, proposed to Caroline Fleetwood, the only daughter of the Bishop of Essex, he thought he knew exactly what he was getting—a lovely, innocent bride.

Five years later, he knows better. The woman who ran to another man on their wedding night—after they’d consummated the marriage—is hardly innocent. Years spent apart while John served as a diplomatic attaché have allowed them to save face in society, but all good pretenses must come to an end. When Caroline receives word that her father is dying, she begs John to accompany her on one last journey to see him.

But there’s an added problem—Caroline never told her father that her marriage to John was a farce. As they play-act for others, Caroline is delighted to find she never really knew her husband at all. But can she be the kind of wife he needs—and does she want to be?

I always do a Pinterest board for each of my books, and if you’d like to see how I pictured the characters in The Marriage Act, including images of the clothes they might wear, you can see all the pictures I pinned by clicking here. 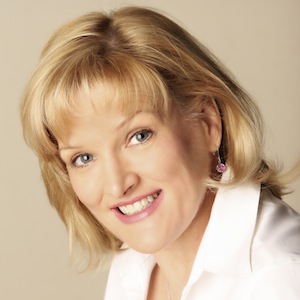 Alyssa Everett lives with her husband, their three children and a springer spaniel in small-town Pennsylvania. The Marriage Act is her fifth regency romance. She hopes you’ll visit her website and follow her on Twitter, Pinterest and Facebook, where she promises not to spam you relentlessly.