Having just finished writing my adaptation of Sense & Sensibility (due for publication in 2016), I have a confession to make: I have a crush on Colonel Brandon. 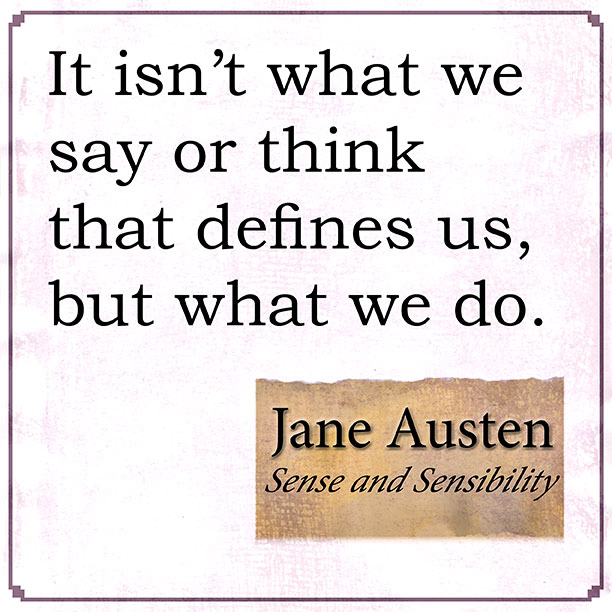 There is something about his patience and quiet demeanor that is extremely romantic. Yes, yes, I can hear thousands of readers shaking their head and saying, “But Darcy…”

Trust me, Darcy comes in as a close second. Colonel Brandon takes the prize, however, in my book.

To begin with, he loved and lost while a young man. Rather than rebound or retaliate by speed dating just anyone, he quietly mourned the loss of the woman he loved and continued on with his life. He established himself as a gentleman, working his way up through the military ranks and, later, established himself as a gentleman. I’m all for people who climb the ladder of society based on their own merits and not just because it was given to them.

When I was a child, my father was adamant that I had to work for what I wanted in life. He hired me to work at his company when I was out of college and, despite having a college degree—something which many people at the company did not have—I was the lowest paid employee. Later, after I gained more experience, I left his company and began to springboard my way up different corporate ladders until I finally found my home in academia as a college professor and the director of faculty training at an eight-campus institution of higher education. And along the way, I earned two (and a half!) more degrees.

Achieving something on your own merit and from your own blood, sweat, tears, and stress is something to be proud of. Having worked with so many young people as they struggle to acquire an education, I have seen first had the two types of people that are out there: those willing to work hard for their success and those that expect hand outs and lift ups from others.

Colonel Brandon was definitely the former.

Pop on over to austenauthors.net to read the rest of this post!