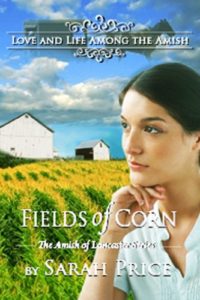 The horse, a brown Morgan with a thick black mane, trotted down Musser School Lane, effortlessly pulling the black, box-like buggy. The wheels of the buggy rattled against the macadam, creating a soft metallic humming. The horse jerked its head twice as though wishing the man in the buggy would release the reins, letting it race down the flat road. But, for the moment, the cracked leather reins remained taut and the horse, its mane dancing in the wind with each prance, continued its even pace. The horse’s hooves pounded against the road in rhythm like the soothing ticking of a grandfather’s clock in a quiet house on a Sunday afternoon.

Inside the closed buggy, the driver pulled in the reins, allowing a passing car to speed by. But, even as the car continued down the road, the driver continued his tight hold, urging the horse to the side of the road. The horse reluctantly obeyed the command, gradually slowing down until, at the top of the hill, surrounded by grassy knolls of long, waving brown hay, the buggy stopped with a final, noisy jolt. The man held the reins in one hand, leaning forward and peering out of the small window to take in the majestic scene before him.

The sun illuminated the farm, nestled comfortably in the crescent at the bottom of the hill, in a glorious glow of warmth. Along the hillside, neat and even rows of green corn rippled in harmony like a freshly washed sheet fluttering in a gentle breeze on washing day. The leaves brushed against each other, the music a rustling whisper of a song in the man’s ears. Oblivious to nature’s silent symphony, a scattered herd of cows grazed in the thinning grass around the muddy river that cut through their pasture.

“Thank you, God,” the man murmured softly. Although his prayer lingered in the air, as though unfinished, he continued to pray to his God, expressing his gratitude for the beauty of setting suns, the wealth of ripening corn, and the warmth of coming home.

For the first time ever, all four novels of the Amish of Lancaster Series are available in eBook format as a collection. Click HERE to purchase!