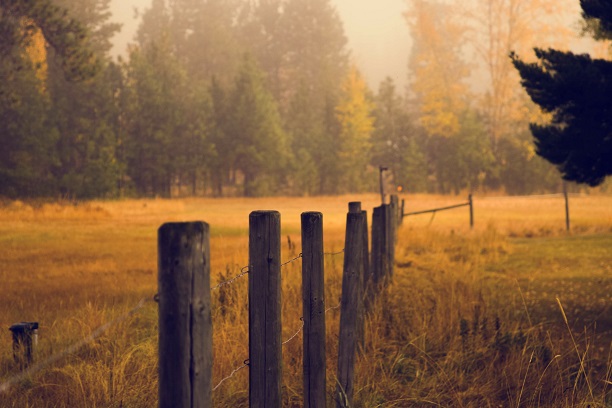 “To what can I compare this generation? They are like children sitting in the marketplaces and calling out to others:

For John came neither eating nor drinking, and they say, ‘He has a demon.’

The Son of Man came eating and drinking, and they say, ‘Here is a glutton and a drunkard, a friend of tax collectors and sinners.’ But wisdom is proved right by her deeds.” Matthew 11:16-19

This morning, Marc and I had our daily meeting. It’s a nice time of the day, before we both commence with our individual duties, when we can sit, enjoy the sunrise outside (and the occasional ducks that land in our pond or, most recently, the small herd of four deer that have returned to our property), and simply share with each other.

Our discussions vary from what we have scheduled to silly philosophical questions. Today, however, we were discussing how so many people tend to think the grass is greener on the other side of the fence. But once they jump the fence, they are often disillusioned to learn that it, too, requires work in order to maintain it.

Have you ever had a dream and, once you achieved it, it wasn’t exactly what you wanted? Have you ever doubted yourself after you have worked very hard for something only to find out that you still need to work harder?

Our conversation circled back to something that bothers both of us tremendously: the sense of entitlement that is so prevalent in today’s world. Many people are quite willing to work for what they have. But there are others who tend to think that privilege is due to them simply because they exist.

Here is a perfect example:

A young adult needs to get a job and face the reality of the real world. However, this person yells at the parents, “How can I do that without you giving me a car? Without my having a cell phone?”

When the mother responds, “You have a car in the drive way but you need to pay for car insurance to use it. And you had a cell phone but you chose to break it,” the young adult gets irritated and storms away.

After our morning meeting, I went into my office to read my devotion book and it referenced Matthew 11: 2-6. I continued reading until I found the above passage. How clearly God was speaking to me this morning!

Apparently the disillusioned beliefs of entitlement are not new to our generation, but they were common even 2000 years ago!

When John the Baptist preached, people felt that he did not live up to their image of who he should be. They questioned him because he did not eat nor drink. They called him a demon. Yet, when Jesus came and behaved as a regular man, they questioned him because he did eat and drink…and befriended the sinners, rather than the ‘saints.’ They called him a drunkard and a glutton.

In their opinions, they were entitled to spiritual leaders sent from God to guide them, but when God sent them, the people questioned them because they did not match the image in their mind. They found fault with them because it was much easier to judge them than to accept them. After all, what John and Jesus were asking of the people required hard work on the parts of the people and that was simply something that people were not ready to embrace. They felt entitled to a Savior, but did not want the hard work that was required in order to accept that Savior and do as he instructed.

God has given us the tools to achieve righteousness and true faith, just as the parents provided the tools to the young adult to be successful. What we do with those tools is up to us. If we choose to look at the tools as being “not enough” or “too hard” to make work, that is entitlement. We are not entitled to have an easy way in life. God never promised that. In fact, I personally believe that God, like those parents, gives us the tools and wants to see what we can do with them. What do we produce? How do we succeed? Or do we merely say that it’s not enough and walk away?