Yesterday, Lisa Bull wrote about depression on her weekly post for my blog. She mentioned a couple of things that, if you have every experienced depression, you probably nodded your head and said, “Um hmm. Been there.” 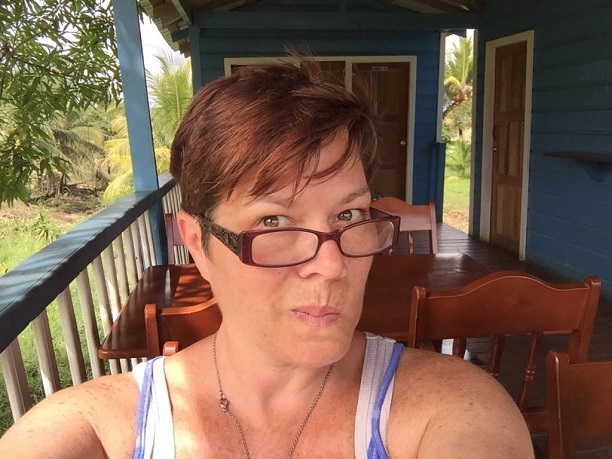 One of the things she wrote really touched me because the feelings she described are far too familiar:

About three years ago, I had a “break down”. My mind and my body decided simultaneously that I stressed them out too much and they were done. My world stopped. It was during that time that I became totally dependent—dependent on my husband, dependent on my boys, and most of all, dependent on God. There was no more “Lisa” left.

There was no more “Lisa” left.

Depression is no stranger to my house. It started after I had my son, Alex and continues until today. There are periods of good times and then the hand of Satan seems to break through our door and bombards us with yucky things. When too much builds up, I can slip into that well of sorrow and simply cannot crawl out. Usually I feel it happening and try to fight it. I let my family know what is bothering me but either the person cannot control the situation (re: Alex’s illness last year) or the person chooses NOT to control the situation (re: no comment).

When someone is severely depressed and cannot find the joy that Lisa mentions in her post, other people react different to her (or him). Their lives continue and, as tends to be the case in our society, centers around their own needs, wants, and desires. Many people don’t understand depression. It’s still one of those hush-hush topics that people gossip about—despite the fact that they, too, have most likely gone through a depression during their life. They call it a mental illness and the person is sick, two ways of describing it that are accurate but not when spoken with disdain and a touch of superiority, as if the inflicted person is now broken and inferior.

So when Lisa wrote that, during her depression, her demeanor might have been ugly and people described her as intimidating, harsh, and scary, I take exception to that. With all due respect, I counter that the opposite is true. If a person has a long-term illness, they are going to feel very “glass is half empty.” Severe depression and its friend, anxiety, are not feelings that you can “snap out of it” or merely pretend are not happening. The way that the people around us provide support and compassion can help with the healing process. But if people do not understand or offer that Christian compassion, merely continue to ignore the fact that someone is unusually sad and stoop so low as to criticize that person, whose behavior is ugly?

I can assure you that calling someone intimidating, scary, harsh, sick, mental, crazy, and (my personal favorite) bi-polar does NOT help a person who is severely depressed. Instead, those are just more labels that, whether intentionally or unintentionally, drag the person further into that well of darkness.

8 thoughts on “Depression Is No Stranger”