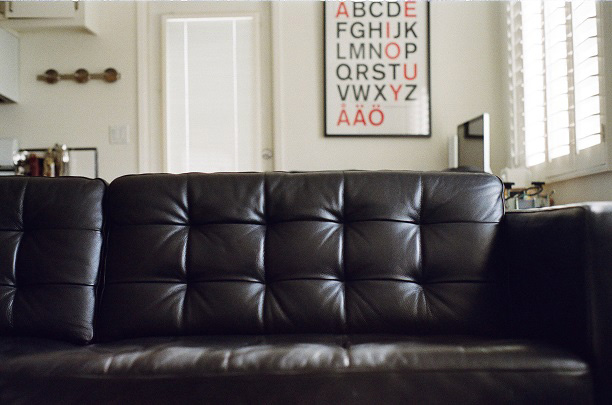 I admit it. I’m a couch cushion cleaner. I have no problem lifting up my couch cushions and cleaning out the debris that is left there.

The problem is that this Couch Cushion Cleaning isn’t just limited to the sofas in my house. It is true of my life.

And it gets me in a lot of trouble.

Ever since I can remember, I always marched to a different beat of the drum as my mother would say. One of those “beats” was avoiding pretense in life. If something bothered me, I’d speak my mind. If someone was wronged, I’d stand up for them. If someone needed help, I’d offer my hand.

You’d think that would be a good thing, right?

But apparently it wasn’t. At least not in my world.

The problem is that I never was one who automatically conformed to the norm. Just because everyone else does it (or thinks it or wants it) does not mean that everyone should. And once you challenge the norm, you have lifted your couch cushion and invited problems into your life.

It seems that most people like leaving the dirt under the cushion as long as the exterior of the couch looks pristine. But once that dirt begins to show, abandonment quickly follows.

Nothing demonstrates this as much as my Christmas card story. Prior to my divorce, something I did not want for religious reasons but had to get in order to escape a very, very bad situation, Christmas was a wonderful time of year. We were invited to so many Christmas parties that it was almost impossible to keep up with our own schedule! ANd Christmas cards? WOW. We received well over a hundred each year. I kept them all, too. I love the photo cards so that I can look back to see how the families have changed.

But then…I was divorced.

It was an eye-opening experience and confirmation of my theory that most people like to sit on sofas but don’t clean under the cushions. Keeping up appearances just for the sake of conformity or, even worse, superiority, is a terrible strain on a person’s spiritual well-being. It’s not what God wants for us. We are supposed to love thy neighbor, not try to outdo our neighbor. We are supposed to do good because we genuinely want to (and should!), not just because it makes us look good in the eyes of our community.

And if things are not going properly in your life, if you are having issues, there is no shame in reaching out for help.

So many times I have lifted that couch cushion and talked about the “shameful” topics of divorce, domestic violence, depression, bullying, sexual abuse, psychological/emotional abuse, and drug/alcohol addiction that has touched my life for years…and still does unfortunately. Other people who are “close” to me have tried to shush me, telling me that it’s inappropriate to discuss these things. They’d prefer that I sit on the cushion, pretending that it’s not covering dirt and filth…that everything beneath the surface is perfectly clean and orderly.

Perhaps that is for their own safety. When I examine the issues in my life, it forces them to do the same. Perhaps they fear having to admit their own contribution to the dirt under my couch cushions.

One thought on “Cleaning Out Your Couch Cushions”