This week, I learned that my novel, An Empty Cup, was the #1 bestseller at Walmart for my publishers. Initially, I rejoiced at such news (who wouldn’t!???). Having wanted to be a writer for almost forty years, have “#1” and “bestseller” (as well as “you’re a rock star”) sent to you in an email from a publisher…well, it really makes your day. 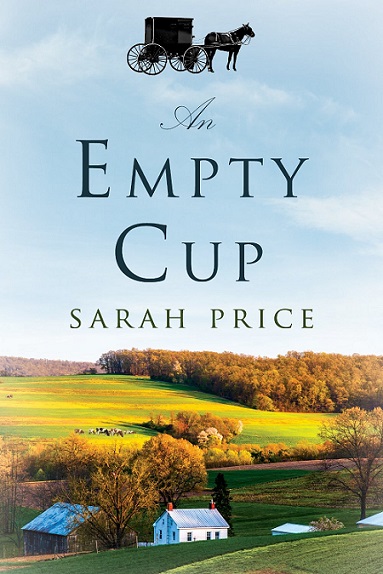 And then something happened yesterday that made me reflect on this in a much deeper manner.

The story is about a woman who marries a man that basically pulls a bait and switch on her. He’s charming and somewhat kind to her, enough so that she marries him. Once married, his true colors come out. He’s verbally and psychologically abusive to her. Nothing she does is good enough. He favors one child, the boy, over the other child, not a boy. He mocks the wife, puts her down, and basically treats her as if everything that is wrong in their life was her fault with no reflection on how he contributed to their problems.

The fact is that he WAS the problem.

But narcissistic personalities cannot admit that, especially if they are substance abusers.

Yesterday, I was subjected to the same situation due to a problem with the “family” (although we are not a family anymore). I resented having to be there with this person in this situation since I struggled to free myself of such situations six years ago—or so I thought. The stress of having to deal with this person and the personal insults, wild lies, and self-indulging rewriting of history created a level of physically painful anxiety for me. After I left this meeting, my chest felt tight as if a weight was crushing upon me and I couldn’t breathe. I was literally gasping for air and shaking, tremors in my muscles, while my heart palpitated for almost an hour.

In short, I became Rosanna Yoder…again.

You see, An Empty Cup is not entire fiction. Pieces of it are very true. And while I lived it, it dawned on me that so many women are reading this book and relating to Rosanna Yoder because they, too, are her.

When I wrote that story, I wanted to liberate myself from those feelings. It never dawned on me that so many people would pick up the book, read it, and see themselves in the story.
And that’s a bittersweet moment for me.

I’m happy that women enjoy the book, but I’m stunned that so many women are experiencing the same levels of domestic abuse that I went through.

Abuse is a repetitive pattern of behaviors to maintain power and control over an intimate partner. These are behaviors that physically harm, arouse fear, prevent a partner from doing what they wish or force them to behave in ways they do not want. Abuse includes the use of physical and sexual violence, threats and intimidation, emotional abuse and economic deprivation. Many of these different forms of abuse can be going on at any one time.

They have a wonderful graphic that explains the different types of abuse (source: http://www.thehotline.org/is-this-abuse/abuse-defined/). 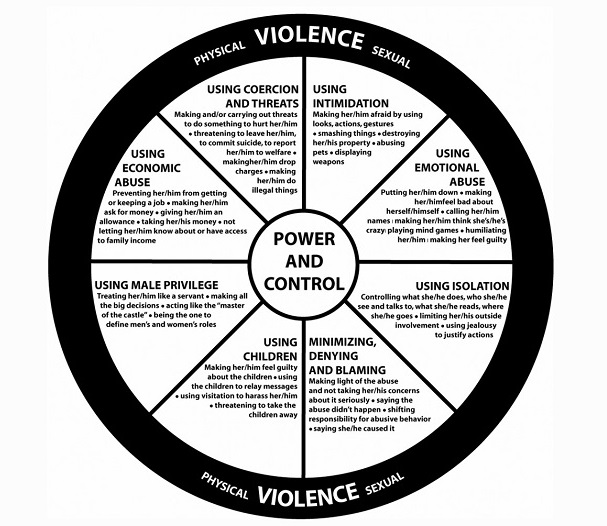 The bottom line is that Power and Control are at the center of any form of domestic violence. Emotional abuse leaves just as many scars as physical abuse. But at some point, abuse escalates to more than just emotional. The abuser will minimize it, deny it, or even blame the victim for the abuse. There is never any accountability on the abuser’s part. To accept his or hers contribution to the problem, even in part, would be to lose power and control. And an abuser simply cannot have that.

I receive email after email, message upon message, from readers who have experienced the same manipulation and psychological abuse that I did. And it pains me that many of these women are stuck in these relationships with no way out. Finally saying “I had enough!” and doing something about it are hard to do. After all, deep down, you hope and pray that this person will change.

I’m glad that people are enjoying An Empty Cup. It’s a good story about something that is, clearly, very current in today’s society. However, if I could re-write the book, I would add the following:

If you or anyone that you know is experiencing any form of abuse, please contact the National Abuse Hotline at 1-800-799-7233. Get advice on how to save yourself and your children. No one should have to live as Rosanna Yoder did. No one.

5 thoughts on “An Empty Cup of Bittersweet Joy”